It’s been a year of two halves for Juventus’ Miralem Pjanic.

The first half of the year wasn’t, well, it wasn’t particularly great for Pjanic. Sure, he won Serie A – because everyone that ever plays for Juve always does – but individually, the Bosnian regista struggled. He largely ineffective both in and out of possession, and was ripped limb from limb by a Frenkie de Jong led midfield in the UEFA Champions League.

BUT, in the second half of 2019, Pjanic has been absolutely exceptional.

So exceptional in fact, that he’s made it into 90min’s Top 50 European Players of the Year. The turning point for Pjanic this year was Maurizio Sarri’s appointment. That’s a fact of life.

The ex-Napoli and Chelsea manager arrived in Turin with his 30-tonnes worth of tobacco and one key plan: to make Pjanic the focal point of his midfield. And he’s done just that.

Ahead of Cristiano Ronaldo, ahead of Leonardo Bonucci, ahead of even WJuve

The Week of Volleys

So I think we’re all in agreement that Hernan Crespo is the greatest volleyer of a football ever, right?

Great, we’re all in agreement. The player to really ever challenge Crespo for the throne was…

Miralem Pjanic – for a week at least.

As for one week at the end of September, Miralem Pjanic hit Hernan Crespo level’s of volleying brilliance.

Against Brescia he drilled a low volley into the bottom corner of the net to give Juve an important win on the Tuesday, and then followed that up with a looping volley into the top corner against SPAL on the Sunday. As Juventini will attest, one of the problems Pjanic has had replacing Andrea Pirlo in Turin has been his apparent, let’s say, shying away in big games.

In a number of big, big games – games in which Pirlo shone in years gone by – the Bosnia has kind of gone missing.

However, this year in a top of the table Derby D’Italia clash, Pjanic stepped up. He set up Paulo Dybala’s opener and then proceeded to give Nicolo Barella and co. a footballing lesson at San Siro. Easy work. 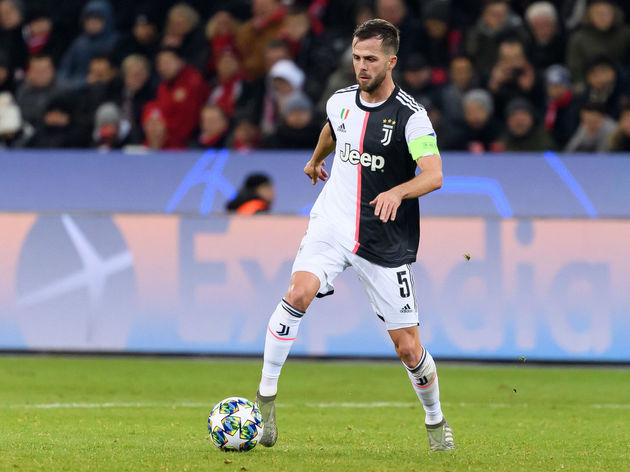 To cap off 2019, Pjanic was given the Juventus captain’s armband of the first time for the club’s final ​Champions League group stage game against Bayer Leverkusen.