​Juventus find themselves in a very unfamiliar situation entering the new decade.

They sit second in the Serie A table only behind Inter Milan on goal difference having lost once all season.

The transfer window comes at an important point in the season for Juve, who will want to win their ninth Serie A title in a row. More firepower up top is needed to keep pace with Inter, while there are also improvements to be made in the midfield and defence.

Juventus seem to have already made their first move in the window as ​Dejan Kulusevski has already signed ahead of a summer move. ​transfers ​Eriksen has been consistently linked with a move away from Spurs, and his contract is expiring at the end of the season with Juve being one of many European giants vying for his signature. ​

The Danish international has been one of the Premier League’s best players throughout the decade scoring 51 goals and providing 62 assists for the Lillywhites since joining in 2013.

Sit him in a number 10 role behind Cristiano Ronaldo and you have a formidable partnership. Given that his contract is coming to an end, the price to pay for Eriksen would not be as high as expected. Emerson has already played under Sarri during his time as Chelsea boss so what’s to say it won’t happen again? Juve need cover with Alex Sandro being the one recognised left full-back at the club.

Emerson is the sort of player that suits ‘Sarri-ball’ with his attacking intent. Chelsea are reportedly open to offers for both their left-backs, leaving the Italian as a very viable option for the Bianconeri.

They may face competition in the form of ​Inter Milan, however… Yes, Juve are about to add to the midfield area with the arrival of Kulusevski in the summer, but they should keep going in their efforts by signing Tonali.

Dubbed as the next Andrea Pirlo, Tonali is the perfect fit for Sarri’s side with his ball playing ability and cool head. ​He’s been Brescia’s standout player every year since making his debut for them at the age of 17, but needs to move if he is to realise his full potential. Now this would be bold. Very bold.

But it makes sense, and this is why. Juventus need more goals if they are to win the title having scored 31 so far this campaign – which is the least of any of the top six in ​Serie A.

Napoli are having a torrid season sat in eighth and struggling to make up any ground on the teams above. Mertens is reportedly unsettled and where else would be better than Juve? He’d be reunited with Sarri and be in a system that suits his game.

For Juve, they’ve lost Mario Mandzukic ​leaving them with three recognised strikers in Ronaldo, Gonzalo Higuain and Paulo Dybala (who arguably isn’t a striker). Mertens has a great track record with 88 goals in Serie A and might be the final piece of the puzzle for Juve. Chiesa’s name has been on the lips of Italian pundits for a couple of years now as he has been linked with a number of clubs since making his debut for Fiorentina.

A move to a bigger side is on the horizon for the Italian and Juventus should go and get him. The system Sarri plays tends to favour central midfielders rather than wingers but Chiesa would offer a new dimension to Juve.

His pace and guile makes any full-back quake in their boots while his versatility across the midfield would make him a valued asset for any side. 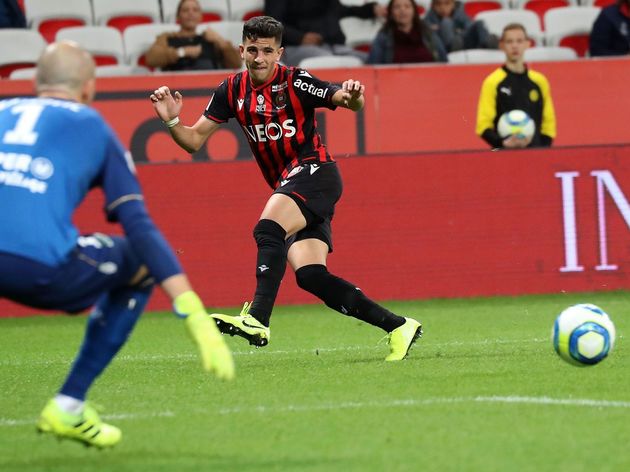 Atal is one of the best young talents at right-back and has emerged throughout the season with his impressive performances for Nice.

Mattia De Sciglio, Danilo and Juan Cuadrado have all struggled to nail down the right back position in Turin so Sarri could look elsewhere in the window.

At only 23-years-old, Atal has his best years ahead of him and could develop into one of the world’s best if he makes a move to the Italian champions.

One stumbling block could be a recent serious knee injury, though.