Football is a sport where certain fads and trends suddenly appear in the public consciousness before fading out of the spotlight for the next vapour rub or nose strips to come along.

The last few seasons have seen clubs, often when scrambling around for a replacement on short notice, turn to former ‘legends’ of the game as their new manager.

However, unlike snoods, this idea that former greats will be able to replicate their success on the field from the technical area has been going on for decades, but recently a slew of clubs have turned to those who ‘know the club’ in quick succession.

Yet, it’s by no means a foregone conclusion that these brilliant players become successful managers, in fact, often it’s quite the opposite. So, let’s take a look at some the game’s greats who haven’t quite made the transition smoothly. Inzaghi may have lacked some of the technical qualities most professionals take for granted, but the Italian striker had an innate ability to score goals. W 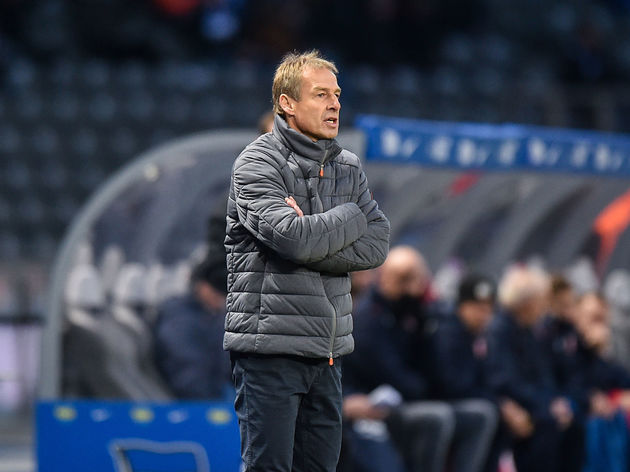 As a World Cup and European Championship winner, not to mention runner-up in the 1995 Ballon d’Or, Jürgen Klinsmann’s status as a great player isn’t in doubt.

How he’ll be remembered as a manager is less clear cut.

Admittedly, he led Germany to a third-placed finish at the 2006 World Cup but the influence of his assistant Joachim Löw (who would win the trophy eight years later as the main man) in that run casts some doubt over Klinsmann’s importance.

He didn’t last a full season at ​Bayern Munich as the club finished third in 2009, with captain Philip Lahm brandishing Klinsmann’s time in Bavaria a ‘failure’ and revealing the players had to have additional tactical meetings in the coach’s absence.

Then, after ten games (which brought three wins) in charge of Hertha BSC in 2019/20, Klinsmann spent almost £70m in the January transfer window before surprising everyone (including the club’s board) by resigning via Facebook Live. Quite the managerial CV.

As a player, Thierry Henry charmed England with his elegance on the pitch, gliding across the grass with ease as he went some way to defining the modern forward.

However, his time has a manager has been anything but easy. During his three months at Monaco, Henry oversaw just four victories in 20 games, with two of those coming in cup competitions they subsequently exited.

But his managerial spell in the principality will be remembered most for the scolding he gave Benoît Badiashile when the 17-year-old forgot to tuck in his chair.

From the toast of the ​Premier League who could actually pull off a catchphrase as laughable as ‘va va voom’ to the role of a pernickety teacher, this is what management can do to the game’s greats. While Gary Neville himself will be the first to admit he perhaps wasn’t the nation’s most technically gifted player in his prime, eight Premier League trophies, three FA Cups and two Champions Leagues are nothing to be sniffed at.

After four successful years as a TV pundit Neville swapped the studio for the dugout when he joined his brother Phil to become manager of Valencia in December 2015.

This surreal move soon turned into a nightmare and after four months at the Mestalla, Neville parted ways with Valencia before returning to punditry.

The former England international managed three wins in 16 league games and while the Copa del Rey had acted as some light relief, Barcelona soon made sure Valencia’s cup run was swiftly ended with a 7-0 rout in the stadium Neville had completed the 1999 treble with ​Manchester United. Tony Adams was one of the greatest captains ​Arsenal have ever had and the skipper who led England to the semi-final of the 1996 Euros, the furthest the country has ever gone at any major tournament since 1966.

Adams couldn’t replicate the leadership he possessed wearing the captain’s armband from the touchline. His year at Wycombe Wanderers saw them relegated to the fourth tier, but was arguably his most successful managerial spell.

He won four of 22 matches at Portsmouth and despite taking them over in seventh place, he was sacked with the club a single point above the drop.

His final managerial spell came at the helm of Granada, when Adams took over the ​La Liga side on the brink of relegation with seven games to go. He lost all seven by an aggregate margin of 17-3 and against Real Madrid, Isco was caught likening the Premier League winner to a waiter whilst chuckling on the bench. One of the greatest players to have turned out for Manchester United or England, Bobby Charlton defined his era as one of the game’s greatest goalscoring midfielders (fittingly his first two goals for United came against Charlton Athletic).

After two decades at Old Trafford ​Charlton left to become manager of Preston North End in the second tier. His single season at the helm saw the club relegated, the same year Manchester United would drop a division and his brother Jack would get promoted as manager of Middlesbrough. There is perhaps no greater example of a someone doing the best to ruin their extraordinary legacy as player with their managerial career.

Arguably the ​greatest the game has ever seen, Maradona’s itinerant career after football has taken him from Mexico to Saudi Arabia, although he seemed to have found his ideal position as

His time as Argentina’s national manager saw them qualify for the 2010 World Cup (just) with an unbelievable squad including the likes of a 22-year-old ​Lionel Messi and Sergio Agüero.

Yet, they flattered to deceive and, after training had been moved to midday to accommodate Maradona’s nightlife, crashed out of the quarter-finals following a 4-0 battering from Germany.

A recent stint at Argentinian club side Gimnasia de La Plata saw them assigned to relegation and when football eventually returns, the Maradona roadshow will undoubtedly take the former great to another corner of the globe.