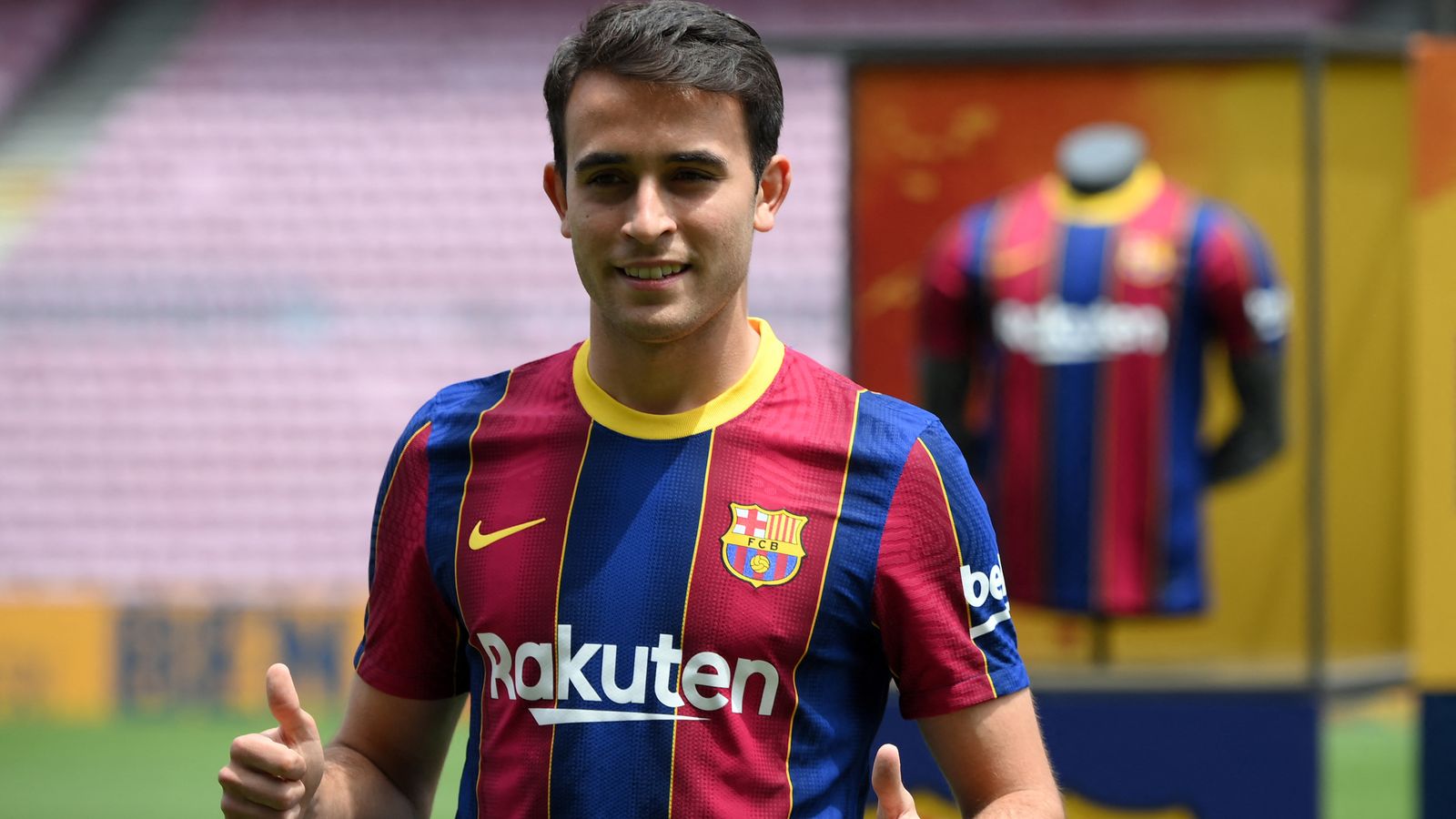 Eric Garcia will join Barcelona from Manchester City when his contract at the Etihad Stadium expires at the end of this month.

Garcia was officially unveiled on Tuesday in a behind closed doors presentation due to the ongoing coronavirus restrictions.

Garcia, who graduated from Barcelona’s La Masia academy before joining City in 2017, rejected the offer of a new contract at the Premier League champions last summer.

Barcelona had previously seen a bid of £15.4m (plus add-ons) rejected by City in October 2020 with the club wanting closer to £20m for the defender.

The defender joined the famous Barcelona academy in 2008, before leaving for the Premier League and making his Man City first-team debut aged 17 in a Carabao Cup game against Leicester City in December 2018.

The departure of Vincent Kompany and injury to Aymeric Laporte opened up more opportunities for the defender who in total made more than 30 appearances for Pep Guardiola’s side.

However, after expressing his desire to leave, Garcia made only 12 appearances in all competitions and started just three games this season as Guardiola’s side won a Premier League and Carabao Cup double.

The defender has represented Spain at U16, U17 and U21 level before being capped seven times at senior level. He made his debut against Ukraine last September and has been included in Luis Enrique’s Euro 2020 squad.

The move comes a day after Barcelona unveiled fellow Manchester City player Sergio Aguero at the Nou Camp, the record goalscorer joining on a deal until the end of the 2022/23 season.

The Spanish giants are also confident of securing the services of Liverpool’s Georginio Wijnaldum on a free transfer as well and have also been linked with Lyon’s Memphis Depay.