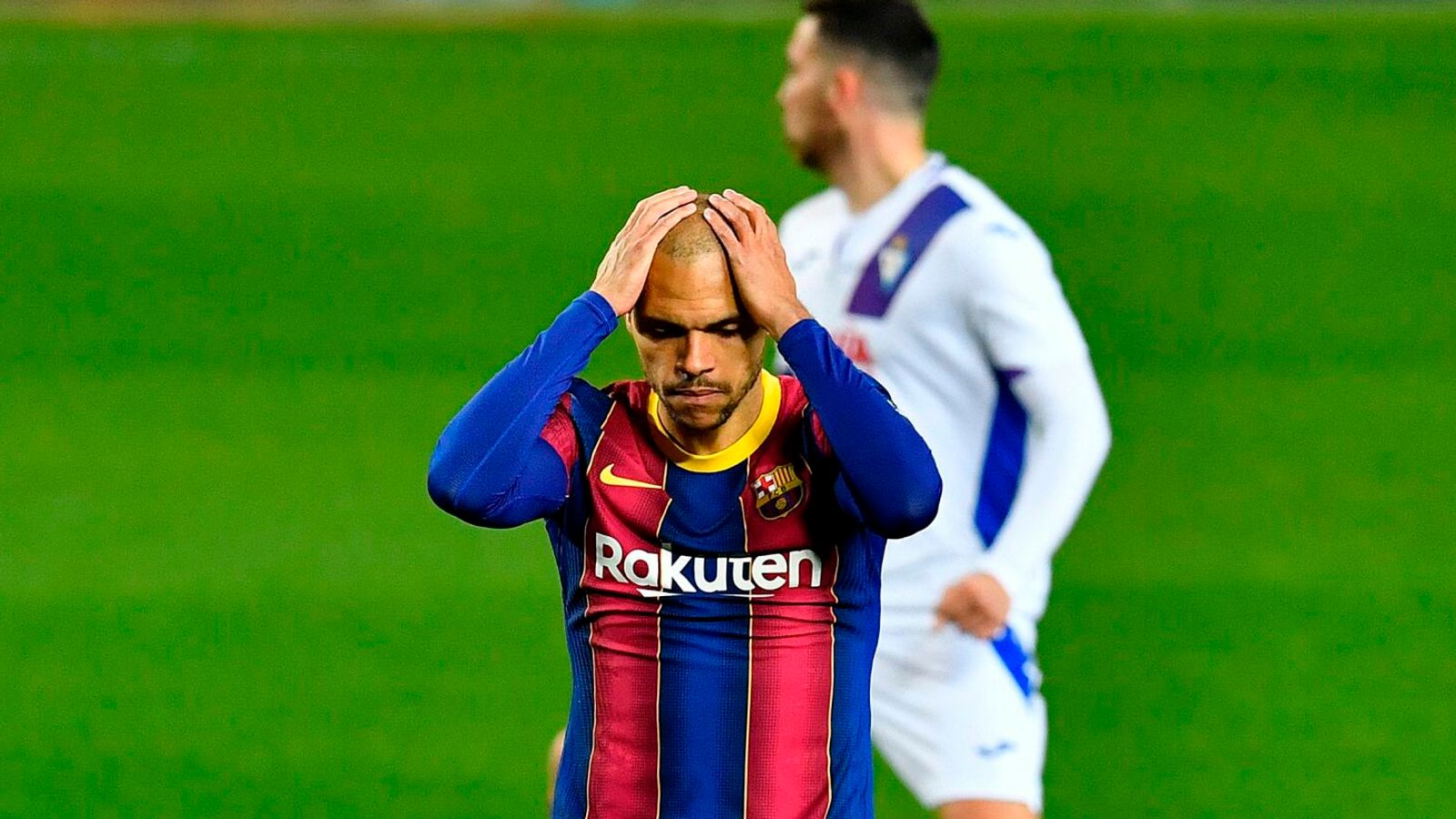 Barcelona suffered without injured Lionel Messi as they drew 1-1 at home to struggling Eibar in La Liga on Tuesday.

Eibar, who went into the game sitting one place above the relegation zone, took a shock lead in the 57th minute through striker Kike Garcia before Barca substitute Ousmane Dembele levelled 10 minutes later.

It might have been different had Martin Braithwaite not missed a penalty in the first half.

The Dane endured a miserable evening as he also had a goal ruled offside by VAR and was denied what seemed a sure winner from point-blank range when the ball bounced off his chest on the rebound and squirmed wide.

Messi had returned to Barcelona from Argentina earlier on Tuesday but watched from the stands as he is still recovering from an ankle problem, and his team-mates lacked cutting edge.

Barcelona midfielder Philippe Coutinho might have dealt Ronald Koeman a further injury blow after leaving the field late on with what appeared to be a left knee problem.

Koeman’s side slip to sixth in the table, seven points behind leaders Atletico Madrid, who have played two fewer games.

Sevilla climbed to fourth after a 2-0 win over Villarreal just below them in the standings.