​Bayer Leverkusen host Juventus on Wednesday night knowing that a win could potentially see them through to the Champions League knockout stages.

Back-to-back wins against Atlético Madrid and Lokomotiv Moscow have left Leverkusen just a point off Atléti going into matchday six. Victory for Peter Bosz’s men in this one along with a shock Lokomotiv win in Madrid will see Leverkusen through to the last 16 with Juve. 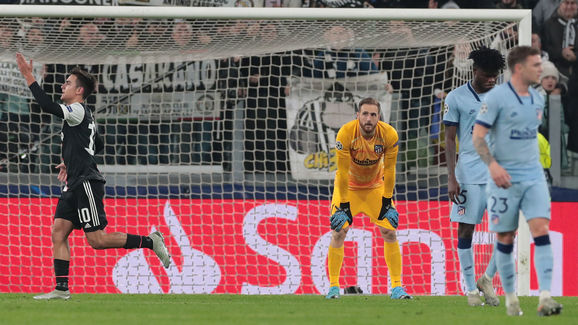 Maurizio Sarri’s men were able to secure first place in the group after their hard-fought 1-0 win at home to Atlético on matchday five. With the Bianconeri now a couple of points adrift of Inter at the top Serie A table after a poor run of form, it’s likely that Sarri will try to rotate his starting XI at the BayArena in this one.

Despite his squad being plagued by injury, Sarri will likely rotate for this dead rubber with one eye firmly focussed on the weekend’s encounter with Udinese.

Midfielder Sami Khedira and winger Douglas Costa are both definitely out with knee and hamstring injuries, respectively. Meanwhile, Aaron Ramsey and Rodrigo Bentancur are both doubts and are unlikely to be risked.

Aside from that trio, however, Bosz has a fully fit squad to choose from.

This will be just the second meeting between these two teams since the 2001/02 Champions League group stage, the season Leverkusen reached the final and were beaten by Zinedine Zidane’s notorious volley at Hampden Park.

In the 01/02 group stage Juventus won their home fixture 4-0, while the fixture in Leverkusen ended 3-1 to the hosts. In the reverse fixture back in September on matchday two, Juve ran out comfortable 3-0 winners.

There has been a stark contrast between the form of these two sides in recent weeks. With the stakes certainly much higher for this red-hot Leverkusen side, you’d expect them to get a result against a Juve But, defeat last time out means that Sarri’s men will be eager to taste victory ahead of their next Serie A

Nevertheless, this one has the makings of a real entertainer with little to separate the two sides.