​Brazilian footballing royalty Pelé has called Cristiano Ronaldo the best player currently playing, but insisted that the rank of the greatest of all time is still held by himself.

Pelé has never been shy about issuing grand declarations about the modern game following his retirement but equally never shuns the opportunity to further his own legend. Pelé announced himself on the global stage at 17 years of age as Brazil won the 1958 World Cup, with the young striker scoring six in the tournament including two in the final.

In an interview with Brazilian YouTube channel ​Pilhado, Pelé revealed his assessment of the modern day greats, saying: “​Cristiano RonaldoI think he’s the best, because he’s more consistent, but you can’t forget about [Lionel] Messi, of course, but he’s not a striker.” 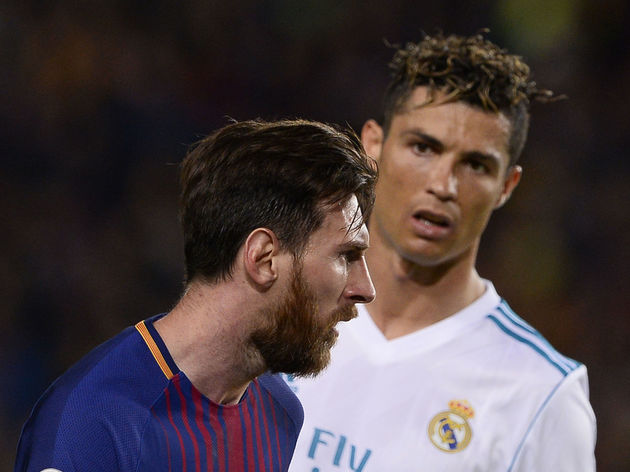 Having kicked the hornet’s nest that is the Messi-Ronaldo debate (and favouring the Portuguese despite his prior insistence that he would ​choose to play with the Argentinian) Pelé was then pressed for his thoughts on the greatest player of all time.

The 79-year-old said: “And in Europe, Franz Beckenbauer and ​Johan Cruyff. Now, it’s not my fault, but I think Pelé was better than them all.”

Not only does he dip into the third person but when crowning himself the greatest footballer the game has seen, Pelé seems to be suggesting he had no choice other than to pick himself. Unsurprisingly, the Brazilian legend, who scored 1,281 goals in his career (……allegedly), didn’t include Diego Maradona in that rundown of the candidates.

The pair have exchanged numerous spats over the years and it wouldn’t be out of the question that Pelé’s decision to pick Ronaldo over Maradona’s compatriot ​Messi was another chance to bring the Argentine down a peg or two.