Cristiano Ronaldo’s first year with Juventus has come to a close, and what a year it has been for the iconic forward.

He shattered scoring records as he led the Bianconeri to yet another Serie A title, but that hardly comes as a surprise to anyone these days.

Here are six of his best moments from his first year with Juventus. 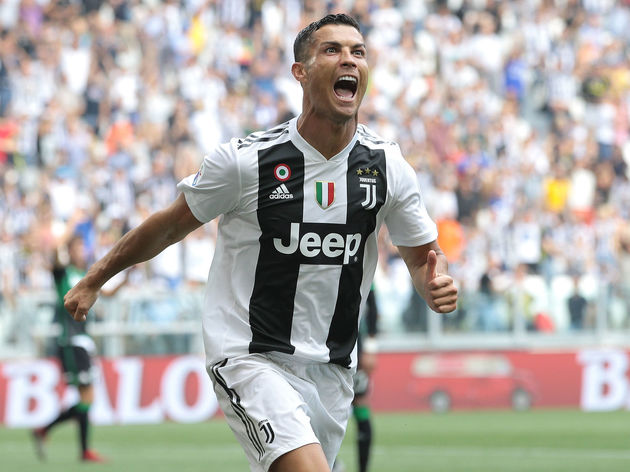 Believe it or not, ​Ronaldo’s time with ​Juventus actually got off to a surprisingly slow start. In fact, he began the season without a goal in his first three games which, by his absurdly high standards, was disappointing.

He was incredibly relieved to finally find the back of the net against Sassuolo in September 2018. Ronaldo found himself alone in the box to tap home after some poor defending, before powerfully adding a second 15 minutes later.

It may have taken him a little while to get going but, once he did, he certainly did not look back. 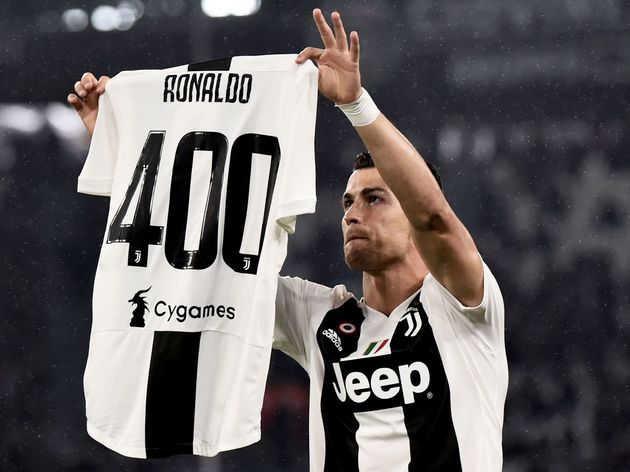 Ronaldo has an astonishing goalscoring record, and he cemented his place as one of the game’s most deadly finishers when he netted his 400th career goal in a 1-1 draw with Genoa in October 2018.

The goal was perhaps the most un-Ronaldo goal you’ll ever see, as he followed the ball as it ricocheted around the box, before tapping home into an empty net. He did add some flair by slotting the ball through a defender’s legs, but it was the significance of the goal which meant more.

Never before has someone scored 400 goals in Europe’s top leagues, and there won’t be many more people who manage to in the future.

Netting a Stunner Against Empoli Just seven days after his 400th goal, Ronaldo was back at it again. Fortunately, he did so in true Ronaldo fashion against Empoli.

Juventus were 1-0 down until Ronaldo stepped up to convert a penalty, but it was his second goal which stole the headlines. He the ball up well outside the box and took just two touches before firing the ball across the penalty area and into the top corner.

The swerve he put on the ball simply defied all logic, but that’s just what Ronaldo does best. By the time November came around, Ronaldo had started to score goals in the ​Serie A, but he was yet to find the back of the net in the ​Champions League. He had drawn blanks against Valencia and ​Manchester United, and missed a clash with Young Boys through suspension.

He made up for lost time when United visited the Allianz Arena. Leonardo Bonucci’s long ball flew over United’s defence, and Ronaldo tracked the ball perfectly down onto his foot, unleashing a ferocious first-time volley which flew past ​David de Gea before the Spaniard could even react.

There were shades of Robin van Persie’s excellent effort against ​Aston Villa in 2013, but this time, United were on the receiving end.​

Saving His Team Against Atletico Madrid Ronaldo’s first taste of Champions League football with Juventus looked to be coming to an abrupt end after ​Atletico Madrid secured a 2-0 win in the first leg of their round of 16 time. However, clearly nobody showed Ronaldo the script.

He headed his side into the lead in the return fixture, before netting a similar goal soon after the break. Game on. With four minutes remaining, Federico Bernardeschi was sent crashing to the ground, and Ronaldo’s fierce penalty sealed their place in the next round.

It was the kind of super-human display which fans were yet to see from Ronaldo. Shockwaves were sent across Europe, on what was just another day for the Portuguese wizard. Juventus sealed their eighth consecutive Serie A title with a 2-1 win against Fiorentina in April, and it was Ronaldo’s cross which led to the own goal which ultimately won them the game.

He became the first player in history to win all three league titles, which is yet further proof of his status as one of the game’s greatest ever.​