​Portugal will have the chance to defend their European crown this summer, after Cristiano Ronaldo’s 99th international goal helped them overcome a resilient Luxembourg and finish second in qualifying Group B.

Four goals against Lithuania in the previous fixture put the Portugal captain on ten for the campaign and left him chasing a brace that would make him only the second-ever player to hit 100 senior international goals.

With his side limping to the finish with a fragile 1-0 lead, granted to them by Bruno Fernandes’ clinical first half strike, it had begun to look like it would not be the ​Juventus star’s day. However, Ronaldo managed to squeeze his name onto the scoresheet on 86 minutes when he bundled home on the goalline after an effort from Diogo Jota.

The win ensured Portugal finished second in Group B ahead of Serbia, who drew 2-2 with leaders Ukraine, and means they will have the chance to defend the trophy they lifted in Paris four years ago.

While Portugal’s qualification was at stake in the tie in Luxembourg City, the narrative surrounding ​Ronaldo proved dominant, as he looked for a double that would put him into three figures for international goals. Iran’s Ali Daei (109) is the only player to top 100 so far in men’s football history. 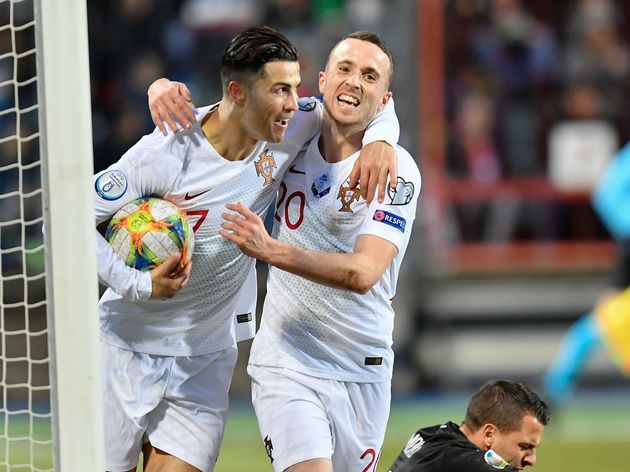 99 goals means 34-year-old Ronaldo sits ten behind Daei, the all-time international top scorer, but remains likely to surpass that record before he hangs up his boots.

Having made 164 appearances for Portugal, his current average of 0.6 goals per game means that around 20 more caps should do the trick if he is to go one step further and score more international goals than any other player.