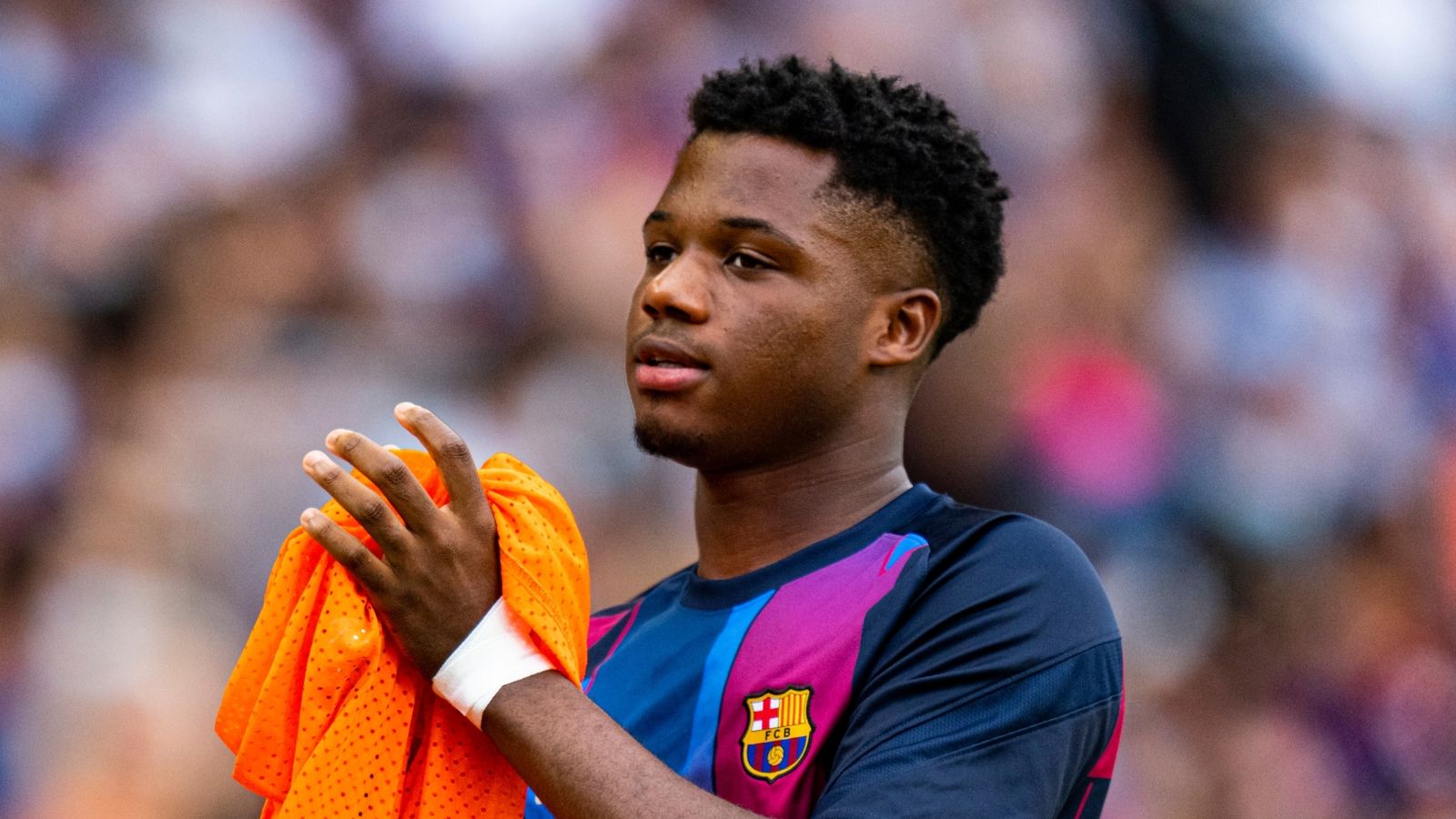 Ansu Fati has agreed a new six-year deal at Barcelona and becomes the second player from the club to have his buy-out clause set at 1billion euros.

The Bissau-born teenager had been linked with a move elsewhere but has committed his future to the financially-stricken Catalan giants.

Fati’s new contract will officially be signed on Thursday and will see him follow in the footsteps of team-mate Pedri, who last week agreed new terms which also included an £842m release clause.

In 47 appearances for Barca, Fati has scored 15 goals and is the second youngest player to debut for the club after he made his first appearance aged 16 and 298 days.

The 18-year-old has racked up numerous records during the past three seasons, becoming Barcelona’s youngest La Liga goalscorer, the youngest player to score and assist in a La Liga match and the club’s youngest player in the Champions League.

Despite suffering a torn meniscus in his left knee in November, Fati returned after 10 months on the sidelines to help lift some of the gloom at the Nou Camp with two goals in five appearances this season.

A product of Barca’s La Masia academy, he took on the number 10 shirt after Lionel Messi left to sign for Paris St Germain in the summer.

The news was announced soon after Fati had appeared as a half-time substitute in Barcelona’s 1-0 win over Dynamo Kiev in the Champions League on Wednesday.