​Last summer was a huge turning point for Juventus. Massimiliano Allegri had left the club, and Maurizio Sarri was brought in as his replacement.

Renowned as a tactical genius after previously transforming Napoli into perhaps the biggest threat to Juventus’ Serie A dominance, Sarri brought with him a new style of play. Some players have benefited from his style, but Federico Bernardeschi is not one of them.

The 25-year-old has been a core part of Sarri’s side this season, making ten appearances in all competitions. However, he has netted just once and has often been more of a burden than a blessing. Primarily a right winger, Bernardeschi has been shifted into more of a central attacking midfield role this season, and he now operates in the hole behind strikers like ​Cristiano Ronaldo, ​Gonzalo Higuaín and ​Paulo Dybala.

There’s just one problem: he’s been flat-out awful in this new role.

Bernardeschi hasn’t been scoring and he is yet to register an assist since Sarri’s arrival. It’s like ​Juventus’ midfield hits a wall when the ball is shifted up to Bernardeschi. If you’re in any doubt of that, watch his performance in the recent 1-1 draw with Lecce, in which the Italian found himself unable to control, pass or shoot the ball. It’s hard to be too critical of Bernardeschi. After all, this isn’t his favoured position, and being forced into a completely different role is never going to be easy to take.

Sarri’s tactical stubbornness is doing Bernardeschi no favours, but he must stand up and try to adapt. His Juventus career could depend on whether he can blossom into a decent attacking midfielder. A tricky winger, Bernardeschi does have all the qualities to make it centrally. He’s fast, creative and boasts some impressive close control, but he’s just getting less time to think before being surrounded by defenders in this new position.

Not only is he not used to this, but he’s not exactly used to having an extended run in the team. A perennial backup since his arrival in Turin back in 2017, Bernardeschi’s best work is done as an impact substitute, but now he’s a relied-upon starter.

This is all completely new to the 25-year-old. He is by no means the first player to struggle with a positional change – ​Eden Hazard endured the same struggles as a false nine under Sarri at ​Chelsea – and he certainly won’t be the last. 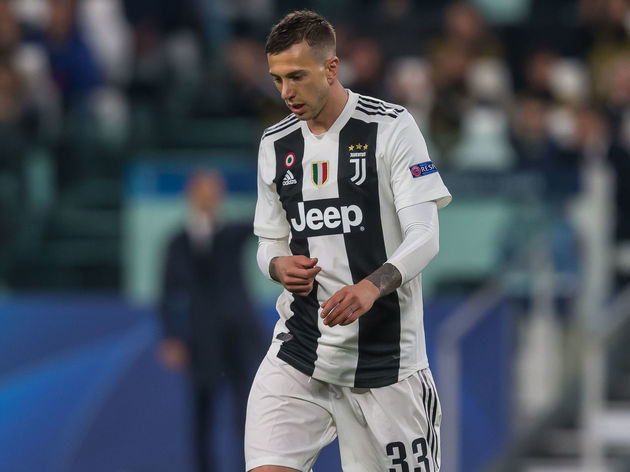 The best solution to this is the obvious one. If Sarri stopped playing Bernardeschi out of position, the winger would probably perform better. However, whether Sarri would actually be prepared to go back to his 4-3-3 without target man – and favourite child – Higuaín is a different matter.

For now, it looks like Juventus fans are just going to have to be patient with Bernardeschi. Yes, he’s not performing anywhere near the level which is demanded of I Bianconeri’s squad, but that’s just as much Sarri’s fault as his.