The 46-year-old was ambushed as he went to park his car in the Greek capital and was lucky to escape with minor injuries after evading a shot fired by the first assailant.

He was taken to hospital for treatment on wrist and knee injuries, though those were not sustained from gunshot wounds –

The ​Mirror report that the two men then fled the scene in a Smart car, which was subsequently found burnt out in the Glyfada neighbourhood, situated south of Athens city centre.

spoke of his ordeal after being released from hospital, telling local media:

“I instinctively dived to the right and he fired at me. Then he ran, got into the car and disappeared.” 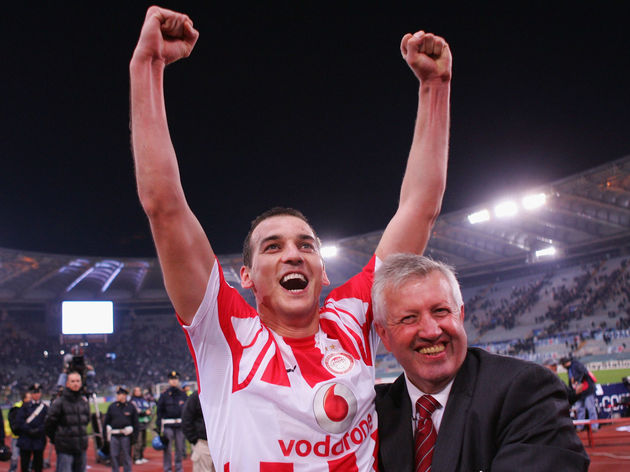