These are all words you would typically associate with Juventus centre back Giorgio Chiellini.

The 35-year-old has been nothing short of sensational for I Bianconeri since he joined in 2005. The defensive stalwart has endured some exceptional highs, as well as some real low points in his time at the club – but his loyalty ensured he never jumped ship in times of crisis.

Chiellini has won eight consecutive Serie A titles from 2011/12 to 2018/19, as well as four Coppa Italia cups and four Supercoppa Italiana trophies. He’s also won the Serie A award for Defender of the Season on three occasions.

However, it now appears as though the Juventus captain ​may not be able to play for over six months, having suffered an anterior cruciate ligament injury in training. It will be a lengthy spell on the sidelines, but hopefully it doesn’t spell the end for one of the best defenders to grace this beautiful game.

One could make a case for a number of central defenders for the title of ‘best defender’ in this generation, with the likes of Sergio Ramos, Diego Godin and Gerard Pique among others staking a claim. However, each of these players have begun to show weaknesses in their games as they reach the twilight years of their career – something Chiellini hasn’t.

Instead, it’s quite the contrary. He played and starred in La Vecchia Signora’s opening day victory of the 2019/20 Serie A season against Parma – a match which ended in a typical 1-0 win.

Maurizio Sarri opted to go with experience rather than selecting teenage sensation and new recruit Matthijs de Ligt. And while the centre half was able to carry out his defensive duties with his usual air of calmness and class, he also managed to step up and be counted in an attacking sense, snatching the winner for his side.

If there were any doubts over his role this season (why would there be?!), they were quickly erased, and rightly so. Following his ACL tear, he will, of course, be out for a significant amount of time. But this, we all hope, is just a temporary lay-off.

With the likes of De Ligt and Merih Demiral needing to find their feet at the club, Chiellini’s leadership qualities will be crucial in helping them settle and filling the void. And although it is certainly a tough injury to overcome, Zlatan Ibrahimovic has previously shown that a player can return to their best after. The importance of the return of your captain and leader cannot be understated. One only needs to look as far as Vincent Kompany to realise this. The Belgian’s recovery from injury was timely, as he returned to the first-team late in the season to propel ​Manchester City towards the domestic treble in 2018/19. Chiellini’s understanding of the game will ensure that he too can return to his typically great heights.

After all, the Italy captain’s best traits centre around his understanding and intelligence.

Harry Kane – one of the most lethal strikers in the world – claimed in 2018 that Chiellini is the toughest opponent he has faced.

In an interview with the Guardian, he said: “He uses his body well and his positioning well. When you try to make runs, he knows when to step across you. He knows when to give you a little nudge to put you off balance.” The striker was infamously shut out in a simply stellar showing from the defender when Juventus travelled to Wembley for the second leg of their Champions League tussle with Spurs in March 2018. With then-manager Max Allegri’s men taking the upper hand in the tie, he barked at his team to stay compact and shut out the opposition.

Allegri knew he could count on one man – Giorgio Chiellini. The Italian proved to be an immoveable object to help see his team through to the quarter finals. Although Paulo Dybala and Gonzalo Higuain’s goals were undoubtedly crucial in seeing ​I Bianconeri through, the commanding performance of Chiellini was something not too many defenders of this generation could have replicated.

Of course, Kane isn’t the only man to speak up on the intelligence and awareness of the great defender. Following Juventus’ comfortable 1-0 victory over ​Manchester United in the Champions League back in 2018, Jose Mourinho put the away side’s masterclass down to two men – the defensive partnership. 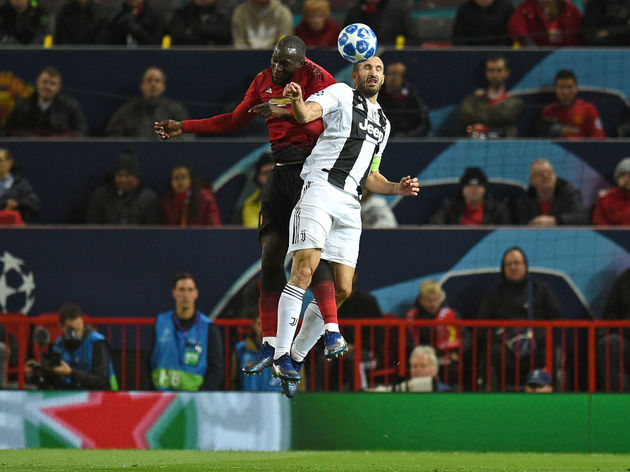 The Portuguese revealed that he thought both Leonardo Bonucci and Chiellini could “go to Harvard University to give classes about how to be a central defender”.

The defensive rock was 33 when both Mourinho and Kane sung his praises – going to show just how little age seems to affect him. In fact, if anything he’s gotten better, just like most world class centre backs.

So, yes, he is indeed one of the best. But, have we mentioned how much of a role model he is for this beautiful game? No? Well, he is. On countless occasions, Chiellini has comforted and supported fellow footballers – most recently, he did this after Juventus overcame Napoli 4-3 thanks to a last-minute Kalidou Koulibaly own goal on Saturday. Although he had just watched his side snatch a late win, he had the peace of mind to comfort the fellow defender.

Remember the infamous bite incident at the 2014 World Cup, with Luis Suarez tucked into the defender? Well, Chiellini was quick to ensure there were no hard feelings.

The former Livorno man’s desire, love for the game and his passion will, hopefully, see him return to full strength before not too long.

Aside from the club, this beautiful game simply wouldn’t be the same without one of the most passionate and talented defenders of this generation.