Juventus have gained a reputation in recent years for their ability to tempt world-class talents to the Allianz Stadium – once their contracts have expired.

And I Bianconeri were at it once again this year, signing Adrien Rabiot from Paris Saint-Germain, as well as bringing in Aaron Ramsey from Arsenal.

Ramsey agreed a deal to join the Italian champions back in January after failing to agree a new contract with the Gunners, but officially became a Juventus man in the summer. The Welshman was teary eyed as he departed the Emirates for the last time and was unsure of what exactly awaited him.

Following a hamstring injury suffered at the back end of last season, Ramsey spent pre-season continuing his rehabilitation and, as a result, he struggled to really make an impression. His early injury troubles, combined with his ​reportedly staggering wages, left fans growing increasingly worried over their club’s new arrival.

With two narrow wins in the new season under his belt, new manager Maurizio Sarri was finally able to consider the number eight for selection in the trip to Fiorentina – but he was an unused substitute. Instead, the 28-year-old got his turn from the start in the next match against Hellas Verona. And he starred.

Everything positive went through him, dictating play and setting the tempo for the rest of the team. In a fairly tame performance, ​Ramsey was the one constantly trying to test the opposition with his fluid movement and penetrating passes. Then, there was also the small matter of a debut goal to draw his side level. 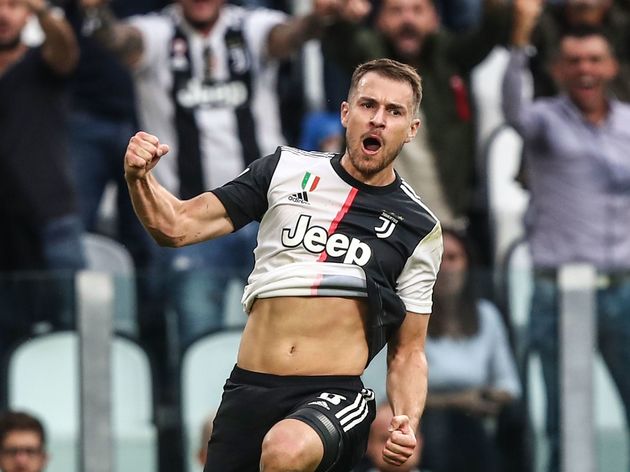 Following a highly impressive (albeit delayed) debut, the attacking midfielder was rewarded with a run in the team.

For a while now, fans and the overall football community have alluded to the situation at ​Juventus – the one where they have a wealth of talented footballers who all deserve to play, but only 11 can at one time. That one, you know? World-class talents such as Paulo Dybala have struggled to advance their careers due to their lack of game-time – it was becoming a serious issue. The Welshman is a creative box-to-box midfielder with an eye for goal, and he’s at his best when he doesn’t have to worry about his defensive duties. This fact combined with the absolutely ridiculous amount of talent in midfield and up front has left fans all wondering: “What formation can we play to accommodate them all?”

Aaron Ramsey appreciation tweet. In just a handful of games he’s showed what we’ve lacked for the best part of 4 years. He adds something completely different, thinks 2 steps ahead, and has shown his commitment by the ease with which he’s integrated. Signed for free. Incredible. pic.twitter.com/nGAeiHP1CQ

Last season, Mario Mandzukic tended to be the main focal point up top, allowing ​Cristiano Ronaldo the chance to drift wide and impact the game from a variety of positions. However, the Portuguese sensation was often left frustrated after making a scintillating run to the touchline, before looking up to see just Mandzukic being marked by three defenders. Instead, now, Ramsey’s introduction has aided CR7, with the two combining to great effect. Notably, they caused havoc with their link-up play ​in the win over SPAL.

And the best part? This new partnership is just beginning to blossom, and it will only improve as the season goes on – a very scary thought, especially when one of the greatest players to have ever lived is involved.

Continuing along a similar trail of thought, the Welshman is having an equally positive impact on another forward man – Dybala. It’s become well-documented that I Bianconeri tried to flog the Argentine in the summer, following an underwhelming campaign last term. Now, his recent performances have seen him cement a place in the starting lineup.

The 25-year-old is one of the most skilful players around, constantly looking to get hold of the ball and create a moment of magic. Ramsey’s style of play has brought the best out of his teammate, with the former providing the platform to allow Dybala to flourish.

In Juve’s last game, Ramsey retrieved the ball in his own box, before bursting forward and playing an inch-perfect pass into Dybala’s stride. The number 10 was free to run at a retreating SPAL defence, but he saw his effort miraculously clawed away by the goalkeeper. This has become a feature of the Old Lady’s play this term.

The Welshman has quickly become the lungs of the team, acting as the creative spark that La Vecchia Signora have required for numerous years now. Fans will just be hoping that his injury troubles are behind him, with the manager, so far, being wary over his playtime.

With the club going for a ninth consecutive Scudetto, as well as Champions League glory, Ramsey has already proven that his role will be critical in helping the Italian giants become Europe’s dominant force again.