After a first half in which Juventus raced into a one goal lead against a ten-man Inter at San Siro, all of the aforementioned Italian football myths seemed to be true.

Serie A was it’s ‘usual boring old self because Juve were better than everyone else’, Juve were moving four points clear of Napoli in the title race, and Gonzalo Higuaín was still a ‘bottler’ because he still hadn’t scored that goal – the significant one which wins his team some silverware. 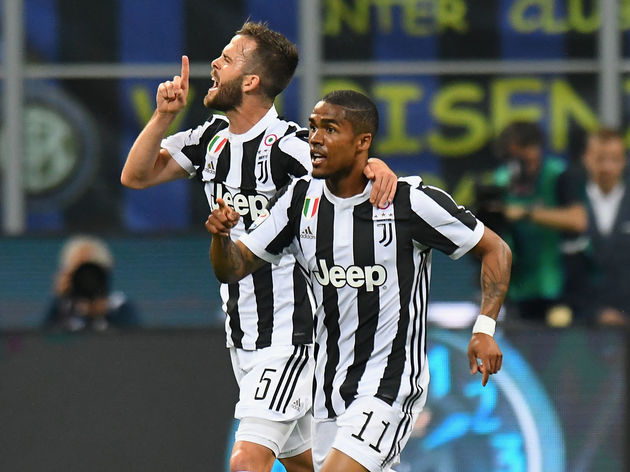 But in the second half something changed.

Because in the second half Adam Savage and Jamie Hyneman from Mythbusters plodded out onto the pitch and busted some myths!…or, you know, Inter woke up and mounted a miraculous comeback to take a 2-1 lead- courtesy of a Mauro Icardi goal and an Andrea Barzagli own goal – to set the stage for another miraculous comeback.

With just five minutes remaining Juan Cuadrado would level the scores in fortuitous fashion, before Higuaín banished his ‘big game bottler’ tag with a last minute header to win the game – and title – for La Vecchia Signora. During this near decade of domestic dominance for Juventus – contrary to popular belief – they have had plenty of serious title challengers.

Juve pipped Milan to the post in 2011/12, AS Roma challenged for a bit after that, and then Maurizio Sarri’s Napoli burst onto the scene playing the best football in Europe (by quite a distance).

Throughout the 2017/18 season, it’s more than fair to say that Napoli were the best team in Italy – because, you know, they were.

So going into week 35 of the season, while Juve still held a one-point lead atop the table, the momentum was with Napoli and the title was considered to be theirs to lose.

And Juventus won it…largely because of how much more experienced they were in these high-pressure, title-destination deciding, defining moments – as their domestic double the previous season attests. Juve secured a dramatic comeback victory over one of the best teams in Italy on the Saturday evening, and Napoli would crumble under the pressure on Sunday at Fiorentina, allowing Diego Simeone’s son to score a hat trick against them.

Napoli spurned their best chance to win the Scudetto in 30 years, and Juventus capitalised.

‘Higuaín is a bottler!’

‘My granny is a better forward than Higuaín!’ These are just some of the things that have been shouted at Pipita over the years, but this game went some way (for some…mostly Serie A followers and not the Messi fanboys of the world) to banishing the memory of that World Cup final miss.

As in this game, with the Scudetto on the line, Gonzalo Higuaín came up trumps.

It’s easy to forget that, pre-Christmas, Inter were right smack bang in the title race. Love him or hate him (you probably hate him if you’re not Wanda), you can’t deny that Mauro Icardi was absolutely outstanding during the 2017/18 season, scoring 29 Serie A goals and announcing himself as a world-class number nine.

This game, for Icardi at least, was no different to pretty much every other in this campaign because he scored. He’s pretty good at doing that.

Things That Aged the Best The Juventus kit: God I miss those stripes…there used to be so many of them…

Marcelo Brozovic and Milan Skriniar: Both played in this game – fairly well – and both have gone on to become two of the very best in their respective positions in the world.

Non-Cristiano Ronaldo Juventus: It is easy to forgot how much more fluid Juve were pre-Ronaldo. They may still win games with him, but bah gawd they were so much more fun to watch when he wasn’t there (Ronaldo Twitter come at me you creeps).

The 2017/18 season: My main takeaway from writing this article is just how good the 2017/18 Serie A season was. It was INCREDIBLE.

Things That Aged the Worst Juventus’ midfield: Sami Khedira, Miralem Pjanic and Blaise Matuidi. HOW DID THAT MIDFIELD EVER SEE THE LIGHT OF DAY?!

VAR: The technology was used effectively in this game, but hasn’t been since.

Mauro Icardi at Inter: He was/is an amazing player. He’s also a complete arsehole though, and despite all the goals, he was soon shipped off on loan to Paris Saint-Germain.

Douglas Costa: He hasn’t really played since this season, which is a shame, because when fit he’s the most exciting player in Serie A.

Napoli’s title celebrations: A week prior, Napoli fans took the streets to emphatically celebrate what they thought was a title-defining win…it wasn’t. I’ve already said all this so moving on… If Napoli won the league, does Sarri stay and they become a powerhouse?

If Juventus lose, do they sack Allegri? And who do they replace him with?