Having recently completed an expensive deal to sign Matthijs de Ligt, Juventus are eager to sell a number of first-team players to help recover some funds, with Joao Cancelo, Merih Demiral and Sami Khedira said to be closest to the exit door.

The Bianconeri parted with around €75m to sign De Ligt, while they must also afford to pay his high salary, so a number of players will likely have to leave. 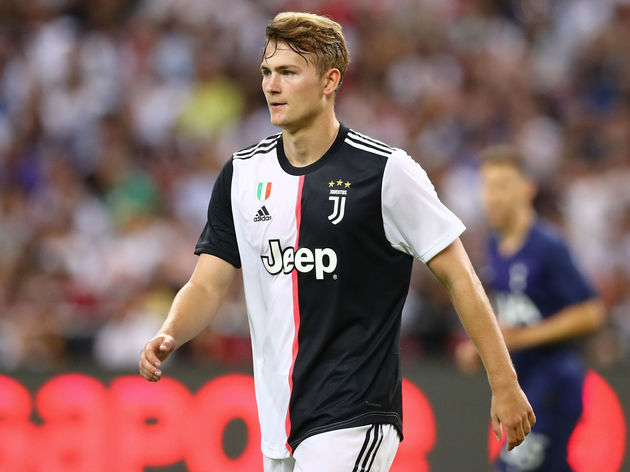 ​Calciomercato state that their primary plan is to sell right-back Cancelo​, who ​Juventus believe could command a sizeable fee. They are eager to raise around €60m by selling the Portugal international to ​Manchester City, although the best offer they have received so far was worth €40m plus Danilo.

Further discussions are planned between the two clubs, with Juventus ready to dig their heels in and demand an improved fee if they are to sell Cancelo.

The next man potentially on his way out of the Allianz Stadium is German international Khedira. With both ​Aaron Ramsey and Adrien Rabiot joining the club for free this summer, Khedira has tumbled right down the pecking order at the club, and a move to Fenerbahce is believed to be close. Juventus are extremely eager to offload Khedira, and his departure would free up a sizeable amount of funds.

Finally, there could be a move away from the club for Demiral, who only recently completed a €18m transfer to the Bianconeri from Sassuolo.

There is plenty of interest in the 21-year-old, with ​Manchester United and ​AC Milan thought to be keen. The Rossoneri’s interest is believed to be most concrete and, while Juventus do not want to lose him, they may be unable to reject the opportunity to sell and make a quick profit.

Juventus could push to include a buy-back clause in the deal, to ensure that they do not lose Demiral permanently.

Of the three players, Demiral is said to be the least likely to leave, although a sizeable offer could change that standpoint very quickly.