​Juventus winger Juan Cuadrado is said to be nearing a €15m move to Chinese Super League side Shanghai Shenhua, with the Bianconeri thought to be keen to part ways with Cuadrado.

The Colombian struggled to impress former boss Massimiliano Allegri, and it is thought that Juventus would be prepared to offload Cuadrado this summer as he enters the final year of his contract. 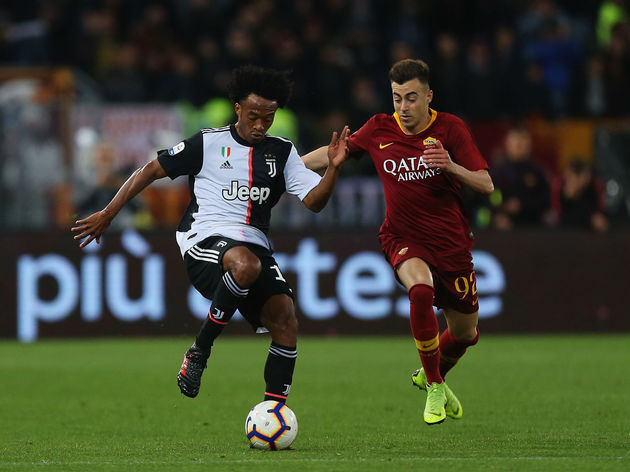 Numerous outlets in Italy, including Calciomercato, have stated that Cuadrado is now nearing a move to Shanghai Shenhua, despite ​Juventus initially pushing to extend his contract at the Allianz Stadium.

He made 23 appearances last season, but managed just one goal and four assists, often leaving fans wanting more from him.

New manager Maurizio Sarri had been tipped to try move Cuadrado back to right-back – a position in which he has briefly featured in the past – to facilitate the departure of Joao Cancelo, who has been strongly liked with both ​Manchester City and ​Barcelona. However, with such a move yet to materialise, Juventus may now look to keep Cancelo at the club going forward and instead take the simpler option of parting ways with Cuadrado.

Shanghai Shenhua are said to have offered Cuadrado a contract worth €10m per season to move to China, but he is yet to decide whether to accept their proposal.

Should he stay with Juventus, he will remain in competition with the likes of ​Paulo Dybala, Federico Bernardeschi and ​Douglas Costa on the wing, but a transition to right-back may be preferable for all involved. He has played there in the past, both for Juventus and Udinese, whilst he has also operated as a wing-back for several of his former employers, as well as for international side Colombia.

Since arriving from ​Chelsea in 2015, Cuadrado has made 137 appearances for Juventus, racking up 14 goals and 31 assists. However, with Juventus looking to add some more youth to their side, Cuadrado’s time at the Allianz Stadium could be coming to an end.