Picking the 10 best footballers to ever play for a club that has won (deep breath) 37 top-flight league titles, 13 domestic cups, two European Cups, three UEFA Cups, two Club World Cups and one Intertoto Cup (the most prestigious tournament in the history of mankind) is pretty difficult; b

So, before we get into 90min‘s ‘Juventus’ 10 Best Players of All Time’, let’s do some honourable mentions: A modern day legend at the club, Giorgio Chiellini has been the leader of one of the best backlines in European football for the best part of 15 years – and won an innumerate number of trophies in that period (only Gianluigi Buffon has won more).

He’s one of just two players to win eight consecutive Scudetti (the other is Andrea Barzagli), has made the fifth most appearances for the club ever, and has broken his nose more times than any other footballer in the history of mankind. Impressive. 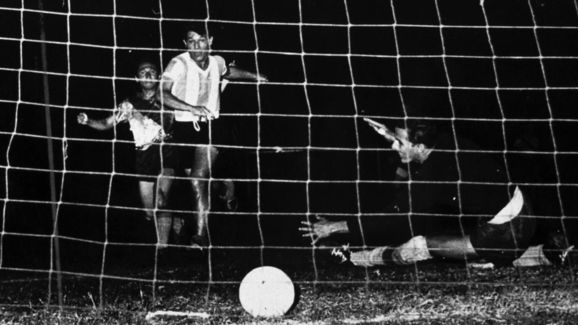 Before there was Paulo Dybala, ​there was Omar Sivori…only Sivori was, well, better.

Sivori was so good in fact, that he became the first player in La Vecchia Signora’s history to win the Ballon d’Or.

Alongside John Charles and Giampiero Boniperti, the diminutive number 10 was a protagonist in the classic Juventus team of the late 1950s. Before there was Gianluigi Buffon, there was Dino Zoff…only Zoff was, well, just as good.

The towering Italian was the uncompromising leader of Juventus football club during the 1970s, oh, and arguably the safest pair of hands in footballing history.

He won six Scudetti, two Coppa Italia and a FIFA World Cup – at the tender age of 40 – while at Juve. Pretty good. 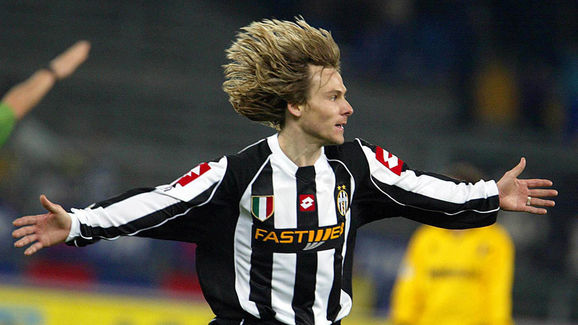 The audacious finish against Ajax in 2004.

Staying with the club post-Calciopoli.

Any of the countless cut-back crosses to David Trezeguet and Alessandro Del Piero.

Every single Juventus fan has their personal favourite memory of Pavel Nedved. Mine is the first one.

There is a legitimate argue to be made that Roberto Bettega is the most complete footballer to ever play for ​I Bianconeri.

As either a forward or midfielder, the Italian legend was able to do pretty much everything you could ask of him.

Hold up the ball? Yep.

Get stuck in in the middle of the park? Yeah.

Score a backheel against AC Milan? Of course!

During his goal-laden Juventus career, Bettega won whopping seven Serie A titles and the Capocannoniere in 1980. Quite simply, he is Mr. Juventus.

Signed by the club just one day after VE Day in 1945, Boniperti dragged Juventus into an era of almost unrivalled success, being the key goal threat in the club’s 1949/50 and 1951/52 Scudetto winning campaigns, and then the key creator for another three in the ensuing years.

Boniperti would spend 15 seasons at the club as a player, and then a further 30 as the club’s acting and honorary president. The greatest goalkeeper of all time.

It’s not even up for debate.

​Gianluigi Buffon is the greatest goalkeeper of all time.

And he’s also one of the greatest players in Juventus’ esteemed history.

Throughout his near-20 year career at the club, Buffon has won more trophies than any other player in Juve’s history (21 to be exact), he’s made more appearances than every player not named Alessandro Del Piero, and he’s the modern day personification of ‘Lo Stile Juve’. Has anyone ever played better for Juventus than Michel Platini?

Between 1983 and 1986, Juventini bore witness to the most gifted footballer to ever wear the zebrette stripes. He is the first person that you think of when someone says ‘Juventus’, and he will be for the foreseeable future.

“Gaetano Scirea was a champion both on and off the pitch.” (Giampiero Bonipeti)

“In his role he was the most important in the history of football.” (Renato Zaccarelli)

“An honest man and a good person. An example for everyone.” (S. Baio)

Gaetano Scirea is the most aspirational figure in Juventus’ history.

He was the personification of ‘Lo Stile Juve’, the model pro, and a natural-born winner.