​Cristiano Ronaldo bagged a hat-trick as Juventus breezed past Cagliari at the Allianz Stadium, running out 4-0 winners and returning to the top of Serie A in the process.

In what was a goalless first-half, Cagliari were well-organised in their 4-3-2-1 shape and defended resolutely, ensuring that Robin Olsen had little to do in between the sticks. Things quickly went south for Cagliari in the second period, however, finding themselves 1-0 down within three second-half minutes after Cristiano Ronaldo latched onto a square ball across the box by Ragnar Klavan before rounding Olsen and finishing home expertly.

The home side nearly doubled their lead swiftly after Ronaldo’s opener after Olsen made a smart double save: first denying Dybala before preventing a Klavan ricochet from looping into the back of the net.

The Swedish shot-stopper could do little to prevent Ronaldo from getting his second of the game as the Portugues star converted from the penalty spot after Dybala was brought down in the box by Marko Rog.

Substitute Gonzalo Higuain made it three after cutting inside from the left channel and firing past Olsen from the edge of the area – via a Walukiewicz deflection. Juve’s superb second-half display was rounded off by the main man Ronaldo, who completed his hat-trick after finishing under Olsen with his left-foot.

Despite a late flurry from Cagliari,

An important victory for the home side, and one that not many would’ve saw coming at half-time – especially the manner of their victory.

In the first-half, I Bianconeri kept the ball brilliantly and dominated the visitors territorially – as you’d expect. Nevertheless, the home side’s defensive display would’ve pleased their Italian boss. The two centre-backs were largely untroubled as a result of the stout and industrious work of Juve’s midfield trio – who hassled the visitors’ midfield three and ensured that Cagliari’s two key creators – Joao Pedro and Radja Nainggolan – had little effect on proceedings.

Ronaldo’s opener – gifted by Cagliari – was certainly a turning point. Their creators started to have more freedom between the lines while they moved the ball at a pace that the away side simply couldn’t compete with. It wasn’t until I Bianconeri had ruthlessly put four past Olsen before Cagliari started to threaten Juve’s goal.

Overall, a very good performance by the hosts – especially in the second period. Over to you, Inter.

STAR PLAYER – Despite Adrien Rabiot’s elegance and Paulo Dybala’s craftiness, it’s hard to not pick the hat-trick hero as the stand out performer.

While he cut a frustrated figure in the first half, Cristiano Ronaldo came out of the break bright and lively – scoring his first after beating

Ronaldo is unbelievably amazing. Makes me want to believe he created this sport lol.

Cristiano Ronaldo now has the 2nd most goals this season with 25, behind only Robert Lewandowki. Starting the 2020 Ballon d’Or campaign the right way.

Up next for Juventus 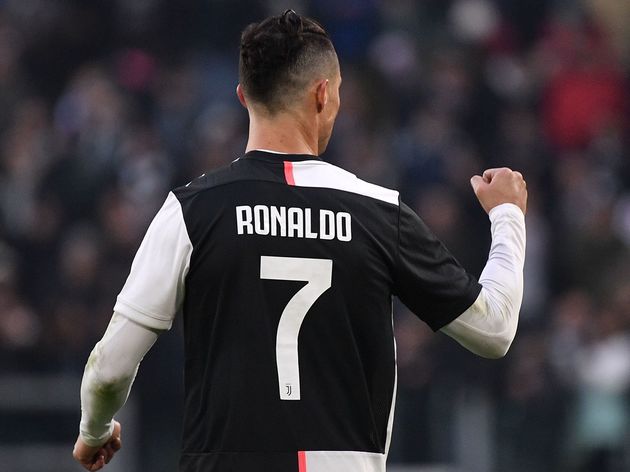