The 33-year-old was linked with a move to Old Trafford in the summer but decided to stay in Turin and fight for his spot under Maurizio Sarri.

However, the former Croatia international has not made one appearance for Juventus so far this season and has now accepted that he will need to leave the club if he wants to play regular first team football. 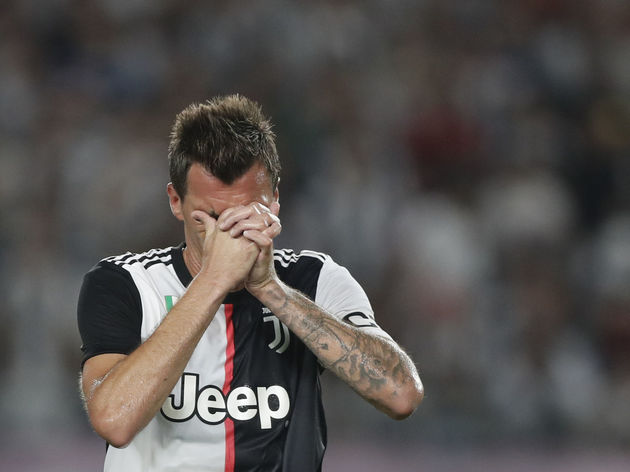 Although a number of middle eastern clubs have offered the striker lucrative deals, Mandzukic still believes he has plenty to offer in one of Europe’s top leagues and is therefore eager to move to United.

According to ​La Stampa, Juventus director of football Fabio Paratici has been in London recently to work on the deal to ensure Mandzukic’s move to United is completed in January and not in the summer. A serious sticking point remains, however, as United are currently only offering less than €4m.

There is a belief that the Italian giants will accept a reduced fee for the forward given that he is surplus to requirements, while the board remain keen to remove him from the wage bill, but as yet there is no agreement. The striker has scored 31 goals in 118 Serie A games since joining ​Juventus in 2015 from Atletico Madrid and will bring added experience to the United front line, which currently only consists of Marcus Rashford, Anthony Martial and Mason Greenwood.

Since selling Romelu Lukaku to Inter in August, manager Ole Gunnar Solskjaer has stated his desire to sign a forward in January after he missed out on adding a striker to his squad in the summer.

La Stampa even conclude that Juventus would like Paul Pogba to be a part of any agreement over Mandzukic, but this seems a stretch to say the least.