Ronaldo netted Portugal’s third goal in a 4-2 win over Serbia on Saturday which saw Portugal move into second in Group B of the Euro 2020 qualifiers.

​Matic’s sons will undoubtedly have been disappointed to see the ​Manchester United midfielder come out on the losing side, but that will not have lasted too long as ​Mondo Sport captured Matic and his family waiting outside the dressing room to meet ​Ronaldo.

Of course, Ronaldo was happy to oblige and pose for photos with the two children, and he shared a quick embrace with Matic before returning to his team.

If ​recent reports are to be believed, it may not be the last time the two players link up as ​Juventus are believed to be considering a move to sign Matic on a free transfer when his United contract expires next summer.

The 31-year-old is clearly a big fan of Ronaldo, and he told ​Radio Renascenca after the game that he believed Portugal could go on to win the entire tournament and establish themselves as a global superpower once more.

“Portugal can be the best team in the world. They have always had great teams, but in the last three or four years these young players, who play at a great level, have made the team even stronger,” Matic claimed. 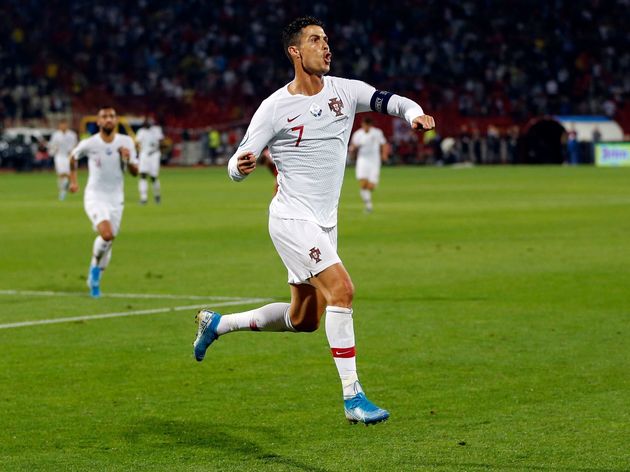 The defeat to Portugal left a huge dent in Serbia’s hopes of qualifying for Euro 2020. They now sit fourth in Group B, with Portugal now heavy favourites to join runaway leaders Ukraine in the tournament.

Matic added: “It will be very difficult, but we will fight to the end. Ukraine already have 13 points, Portugal have a game less than us, but we have to fight until the end and we will see what Portugal will do.”