​In one of the most bizarre new stories you’ll see not only today, but probably this year, Netflix have revealed a new eight-part drama series that tells the story of former Manchester United and Manchester City striker, Carlos Tevez.

The series, titled ‘APACHE – La vida de Carlos Tevez‘ which translates as simply ‘The life of Carlos Tevez’, will feature eight episodes, each of 60 minutes length and will feature a fictionalised telling of the life of the Argentine forward up to now.

From the infamous (for Sunderland fans) ‘Sunderland Til I Die’ to the ‘All Or Nothing’ series following ​Manchester City in their historic centurion season, fly-on-the-wall docs are proving to be binge-worthy viewing, not only for fans of the respective clubs but for football fans in general.

So what makes the Tevez series so different? Well, it’s not a documentary series, it’s a drama played wholly by actors, something that is entirely new to this kind of programming. 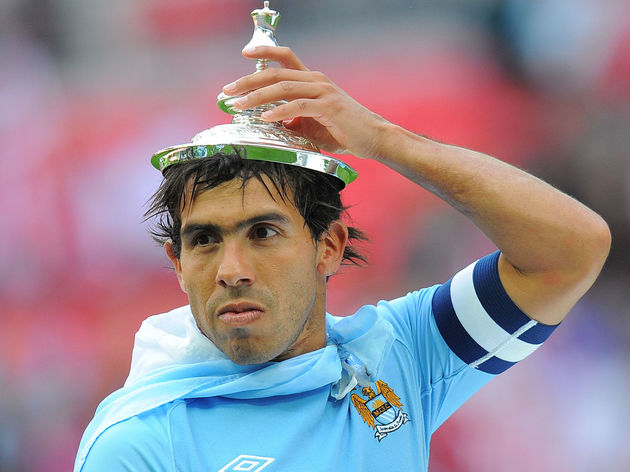 The 35-year-old spoke in an interview with Clarin to discuss what viewers can expect from this upcoming Netflix original.

“Nothing is going to be missing. From the day I got the scar, until when I debuted in Boca.”

Although not physically acting in the series, Tevez will be present on screen, giving an introduction before each of the episodes which is sure to be a pretty mad experience.

The trailer makes the series look like an 18-rated GOAL! and if that’s not enough to get football fans excited then frankly you’re in the wrong sport.