​Roma are believed to have agreed a deal to take Juventus striker Gonzalo Higuain on loan next season, but the Argentine is yet to accept an exit from the Allianz Stadium this summer.

The 31-year-old returned to Turin after a disappointing loan spell with Chelsea but likely to leave the club in the near future, with the likes of Cristiano Ronaldo and Moise Kean ahead of him in the pecking order. 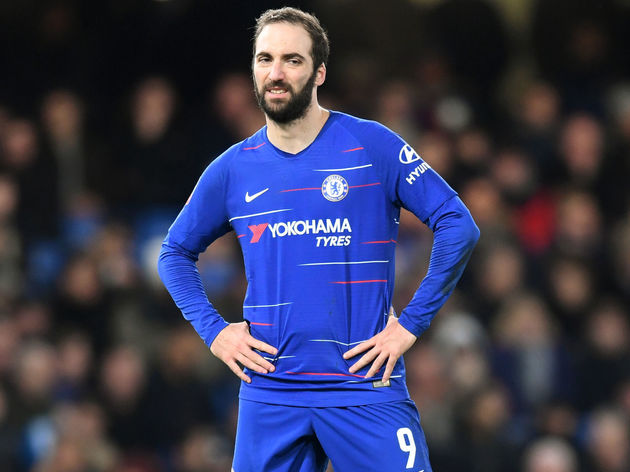 One potential destination for ​Higuain, according to ​Corriere dello Sport, is Roma, who are said to have agreed to pay €9m to take the striker on loan next season with a view to a €27m permanent deal.

Sporting director Gianluca Petrachi is infatuated with Higuain, so much so that he is yet to really consider any alternatives this summer. Unfortunately the Argentine does not feel the same, and he is yet to accept a move to Rome.

For the deal to go through, ​Juventus would need to agree a new contract with Higuain, given Roma would not be prepared to pay his current salary. I Bianconeri want to half his €9m-a-year wages but give him an additional two years on his current deal, so he would not miss out on any money.

Juventus manager Maurizio Sarri, who was desperate to reunite with Higuain at ​Chelsea last season, is even thought to have told the striker that a move to Roma would be best for his career, adding that manager Paulo Fonseca would treat him ‘like a king’.

The Serie A champions even confirmed on their ​official website that, should he remain with the club, he will be given the number 21 shirt – with his preferred number nine remaining vacant.

Higuain’s brother and agent, Nicolas, is in close contact with the club, with everyone involved eager to come to a mutual agreement in the near future. The striker is thought to have a number of options this summer. The likes of ​West Ham, ​Borussia Dortmund and ​Atletico Madrid are all thought to be keen, but it is believed that Higuain would prefer to remain with Juventus.

Corriere dello Sport add that this saga is far from over, insisting that a decision will only be made in August, after Juventus have returned from their pre-season tour of Asia.