​Juventus travel to rock-bottom SPAL on Saturday evening as they look to extend their lead at the top of Serie A over their title rivals Inter and Lazio, who both play on Sunday.

Juve’s 2-0 victory against Brescia followed by Lazio’s triumph over Inter saw I Bianconeri regain their status at the summit by a point, with the Rome side now their closest challengers. Despite yet another unconvincing display, there’s little doubt that the Old Lady will be buoyed by the return of defensive stalwart Giorgio Chiellini last weekend, as the club captain made his comeback from a long-term knee injury off the bench.

Now their attentions turn to lowly SPAL ahead of their Champions League last 16 clash against Lyon on Wednesday night. The Ferrara-based club have lost their last four in Serie A and sit eight points adrift of safety.

Following their 2-1 home defeat to Sassuolo two weeks ago, long-time manager Leonardo Semplici was relieved of his duties, with Luigi Di Biagio now at the helm.

SPAL will be unable to call upon either Francesco Vicari or Bryan Dabo this weekend due to hamstring injuries, but the home side otherwise have a healthy squad ahead of the match.

There are unlikely to be too many changes from Di Biagio’s first game in charge, meaning that Andrea Petagna and Federico Di Francesco should start as the front two once again. Juve, meanwhile, will be without Leanardo Bonucci for this one as he serves a one-game suspension. Maurizio Sarri will also be without Miralem Pjanic, Sami Khedira, Douglas Costa and Merih Demiral due to their respective injuries.

And despite Chiellini making his return against Brescia, it wouldn’t be surprising to see the 35-year-old make another appearance off the bench, with the view of a potential start against Lyon.

These two sides have encountered each other just five times previously. Juve In the reverse fixture at the Allianz Stadium back in September, goals either side of half time from Pjanic and Ronaldo helped Sarri’s side to a comfortable 2-0 victory.

Juve were poor once more in victory last time out. Despite Brescia being at a man disadvantage for much of the contest, the home side often struggled to break down a resolute backline and when they did, they were wasteful in front of goal.

A moment of magic from a set piece by Paulo Dybala inspired them, however, with Juan Cuadrado wrapping things up 15 minutes from time. Before that, they were fortunate to escape San Siro with a 1-1 draw against Milan

SPAL, meanwhile, are in a dire situation – with relegation seemingly inevitable. They’ve scored just 18 goals this season (the worst record in Serie A

Nevertheless, here’s how these two have fared in their last five outings.

To put it bluntly, SPAL are a woeful side and the hiring of a rather inexperienced coach (at a senior level) will do little to help their cause in the short-term. They’re destined for the drop. 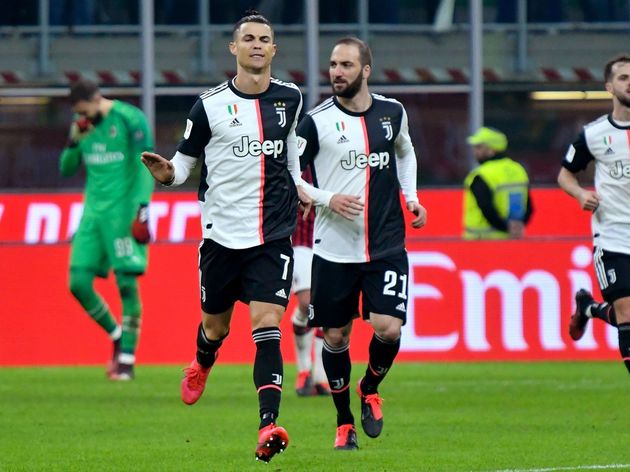 And while Juve haven’t exactly set the world alight this season, often struggling going forward due to the minor contribution of the midfield, they should breeze past their opponents on Saturday evening.