​Ah, the defensive midfielder. The number six…or sometimes four. That role so niche and nuanced yet criminally under-appreciated in the modern footballing climate.

The nucleus of any great team, the defensive midfielder has to be well-versed in the dirty side of the game, yet tidy and capable in possession. They have to be athletic yet intelligent, strong in the tackle but equally adept in finding a pass.

It is perhaps the most multi-functional of all the roles on the football pitch, requiring dexterity and often versatility, and so the truly great ones are hard to come by.

But we don’t shy away from a challenge, so we’ve scoured the globe to come up with the top 25 around. The England international has held a fractured ​West Ham team together this season, and you despair to think where they’d be without his calming influence at the base of midfield.

His composure and presence are off the scale for a player of his age, and it looks for all the world as if he’s only going upwards – either with or without his current team. His move to Zenit from Boca Juniors raised some eyebrows in February 2019 but Barrios has since gone from strength to strength.

His passing range and tough-tackling style have established him as one of the Russian Premier League’s leading performers while he also played every minute of their ​Champions League campaign. Laimer helped boss the Tottenham midfield over two legs in the Champions League last 16 but that was just a glimpse of what he has been doing for RB Leipzig all season, running the show in the Bundesliga with his typically high-octane, energetic performances.

He’s exactly what you’d expect from a full-back turned midfielder but he does it so well. He’s struggled for game-time owing to injuries this season but when he has played for ​Bayern Munich, the dominating Spaniard has shown what he’s all about. He’s strong in the air and merciless in the tackle while his passing range is nothing to sniff at either. When Merino was at Newcastle, he would’ve struggled to make the top 250 defensive midfielders in the world, let alone one of the top 25.

He has been a man transformed since his move back to Spain with Real Sociedad, however, and still just 23, he is on his way to becoming a truly world-class talent. Matic has really come into his own since the turn of the year as ​Manchester United have developed into a halfway decent side under Ole Gunnar Solskjaer.

He hasn’t quite restored his former reputation just yet, but if he can keep up his current trajectory when the season resumes then he will be on his way there. It looked as if Middlesbrough had done well to turn a modest profit on De Roon a year after signing him from Atalanta, but few could ever have predicted his dramatic improvement since returning to the Serie A side.

He has pinned together one of the stories of the Champions League season as Atalanta continue to delight the world, and at the centre of it all is his imposing style. Another who you would never have expected to see here just a few months ago, but another who has improved drastically along with Manchester United, Fred is eventually beginning to resemble the player Jose Mourinho stumped up the big bucks for.

He perhaps isn’t primarily a defensive midfield player, but he has done an admirable job in deeper positions when required. Gueye’s tireless performances for Everton earned him his big summer move to PSG and he hasn’t looked back. Despite a couple of niggling injuries, he has largely been undroppable for the Parisians, who will be praying for the opportunity to resume what was looking like a promising Champions League campaign. 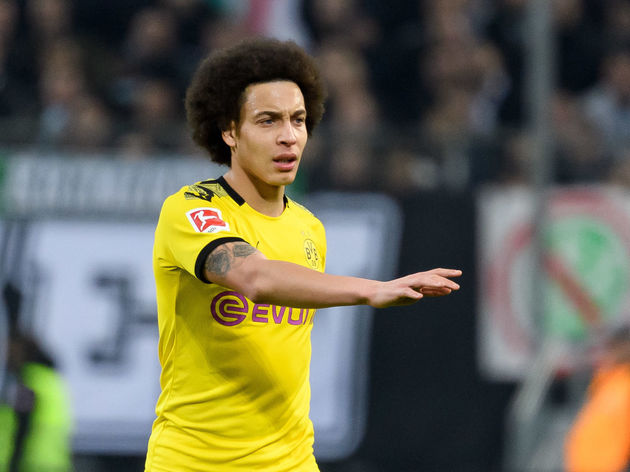 Borussia Dortmund’s Belgian ace is undergoing quite the renaissance in the Bundesliga, and is viewed as arguably the best holding midfield player in Germany outside of Bayern Munich. His consistency and experience have been vital in clawing Dortmund back into the title challenge, and he looks as hungry as anyone to eventually pry that crown from the clutches of the Bavarians. We all know what captain Henderson means to Liverpool and it says all you need to know about him that even in his secondary position he is probably still one of the best in the world.

His leadership and mentality make his side tick but just as important is his drive and tenacity, which have installed him as a viable alternative to the Reds’ number one defensive midfielder. Chelsea’s Italian metronome has kept them ticking over in a tumultuous and uncertain period, but although the emergence of Billy Gilmour has given him some competition, he remains an integral figure and the beating heart of Frank Lampard’s side. He perhaps hasn’t improved Manchester City’s midfield like it was anticipated he would, but Spain international Rodri has regardless been a key part of Pep Guardiola’s side this season – even if he has spent a good deal of it out of position at centre-back. Despite Napoli’s relative struggles as the Carlo Ancelotti era transitions into the reign of Gennaro Gattuso, the pertinacious Allan has continued to be a steadying influence.

He’s as good in possession of the ball as he is at winning it back, and both sides of his game are of equal import to his side going forward. Leicester’s surge into the Champions League places has grabbed plenty of headlines this season, but although the likes of James Maddison and Youri Tielemans have taken centre-stage further up the park, Ndidi’s position in front of the backline is just as untenable.

Of all the midfielders in the Premier League, he leads the way in tackles and interceptions, and you could make a case for him as the Foxes’ most important player. The former Ajax star could have been forgiven for sinking at Barcelona in what has been a disruptive period, but it speaks to his character and unbridled ability that he has kept his head above water.

He has been a fixture of the side under both Ernesto Valverde and Quique Setien, and whatever happens going forward at the club, he will continue to be a key part of it. The only player here to also feature in our ​top 25 centre-backs list and that just about sums Marquinhos up.

Though primarily a centre-back until this season due to his positional awareness and defensive attributes, his intelligence and ability on the ball means he has been able to jump between the two positions seamlessly since August, turning in some of his best performances for the Parisian giants as they cruised into the last 16 of the Champions League. ​keen to bring him in this summer Barcelona have won eight La Liga titles and three Champions Leagues with Busquets at the base of their midfield, and though Lionel Messi can take a good deal of the credit for their success during this period, the Argentine would be the first to tell you that Busquets has more than pulled his weight.

He dictates the play, and along with Messi and Gerard Pique, remains one of the last vestiges of an era gone by in Catalonia. But upon returning to the heart of the Bavarian midfield, he has required no adjustment period, immediately hitting the ground running and lifting the intensity of an engine room that had at times struggled without him. He took his time getting up to speed at Anfield, but now he’s found his rhythm, he is showing no signs of losing a step. Fabinho’s reading of the game is second to none, as he acts as a resilient riot shield that reinforces Liverpool’s formidable back four, while providing the pivoting base on which many attacks are built.

He and countryman Roberto Firmino act as the gravitational core of the Premier League champions-in-waiting, and though there is no shortage of world-class talent on Merseyside these days, you feel Fabinho is one player who is simply indispensable. What is there to say about Casemiro that hasn’t been said already? Real Madrid’s contrasting records with and without him tell you everything you need to know; they simply have no player capable of filling his shoes, even for 90 minutes here or there.

As midfield destroyers go, he is absolutely unplayable, while he has a level of class on the ball that most can barely dream of. Kante has endured through it all at Chelsea, and though he has perhaps played in a more advanced role than he is accustomed to this season, there is no denying his credentials as arguably the best number six around.

He has everything you want from a defensive-minded midfield player. There is simply no more efficient ball-winner in the world, nor is there a player more tenacious or committed to the cause. On the ball, he is so often a driving force on the counter-attack, and he is perhaps the most reliable player available to Frank Lampard, who will be despairing the Frenchman’s unfortunate injury record.

Nonetheless, he is possibly the most valuable midfielder around at present.