Squad numbers are a funny old thing, aren’t they?

The number on your back used to be heavily linked with the position you played – but even that specific order differs depending on your upbringing and nationality.

But no matter how creative our stars have become with their personalised digits, each number has been worn by an absolute legend of the game. And ​Juventus are no exception.

Some of the world’s greatest players have stepped onto the Turin turf over the course of history, and so we at 90min have decided to take a look at the very best to have graced each shirt (from 1-11). 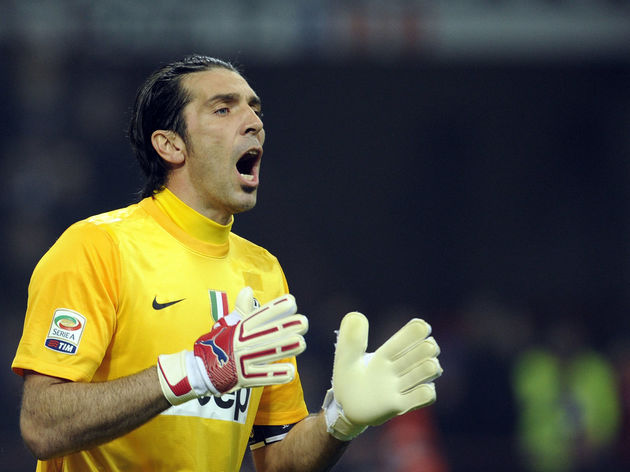 A living club legend. Gianluigi Buffon has experienced title-winning highs and Calciopoli lows over his many playing years, but the big goalkeeper has stood by Juventus’ side through it all. The sensational shot-stopper has spent the majority of his career with the Old Lady, and he has won just about every trophy on offer – except the Champions League, of course.

Now very much into the last knockings of his career, Buffon has cemented his place in Bianconeri history, and he hopes to have one last crack at European glory. A brilliant servant of the game. Having lifted the Serie A title twice with his hometown club Napoli, Ciro Ferrara moved to Juventus in 1994 and spent 12 glorious years in Turin. Ferrara proved to be one of the best centre-backs of his generation, and he kept his place in the Juve side for more than a decade.

The Italy international went on to win five Serie A titles with Juventus, and he helped guide them to their only Champions League glory in 1996. A powerful, commanding figure, Ferrara will go down as a Bianconeri hero. Another legend still in the making. Giorgio Chiellini initially flourished as a left-back, but injuries in the Juventus squad meant he was shifted to the centre of defence – and what a happy accident that turned out to be!

Chiellini has been a key figure in this modern day Juve side, which has won an incredible eight successive Scudetti. His demanding and committed persona earned him club captaincy in 2018 – about time, too. An absolute rock.

Giuseppe Furino was not an opponent you would fancy coming up against. Although he stood only 5’5 tall, Furia (Fury) as he was nicknamed, was as aggressive and destructive as they come.

Furino sat deep in the Juve midfield, breaking up play and crunching opponents with incredibly tough tackles, but he also knew how to play, and was an instrumental part of his successful side. I Bianconeri lifted eight Serie A titles with Beppe in the team. Not bad, eh. Okay, so Fabio Cannavaro didn’t have his best spell at the club while wearing the number five, but he did pull it on for a season, at least. The Italian defender enjoyed his best years with Juventus in the number 28, and it was while he was in Turin that he won the World Cup 2006 with his nation, and subsequently claimed the Ballon d’Or.

Without doubt, he was the best defender – and the best player – on the planet in that short spell, and it’s almost enough to forgive him for heading to Real Madrid shortly after. I’m not sure many Juventus fans really agree, though.

One of the best defenders in football history. Without doubt. So good, that he kept Franco Baresi out of the Italian national team for four years. That good. Gaetano Scirea spent all but two years of his career with Juventus, and he went on to win every trophy on offer with I Bianconeri.

A legend of the game, who suffered a tragic death when he was only 36. Taken far too early.

No, it’s not ​Cristiano Ronaldo. Sorry.

Franco Causio was one of the first Juventus players to adopt the number seven jersey, and he wore it with pride and style during his time in Turin. Causio played in a wide right position for I Bianconeri and Italy, and his nimble footwork and excellent crossing has earned him recognition as one of the country’s very best in this role.

The winger lifted six Serie A titles during his time with Juventus – an incredible achievement. If it were up to Claudio Marchisio and the Juventus supporters, he’d probably still be gliding around the Allianz stadium turf now. Marchisio was a majestic footballer​, and although his best years were ravaged by injury, he still proved to be one of the very best in the club’s history.

The Italian playmaker could dictate the pace of a game with ease, and his ability to spray the ball around the pitch was a match for anybody else. It is a crying shame that he wasn’t able to see out his career at his boyhood club.

The Prince of Turin.

Another proper Juventus ​legend. Giampiero Boniperti played his entire career at Juventus, where he bagged an absolute shed-load of goals. He began his playing days as a striker, but later moved back into a slightly deeper role to accommodate Omar Sivori and John Charles, and the trio created one of the deadliest strike forces in football history.

Two-footed, and an excellent header of the ball, Boniperti could do just about anything you asked of him. And he did just that. The Italian spent his whole career filling in different positions and contributing equally as brilliantly for the team, whether it be out wide, in a deep-lying playmaker role or right up top. The greatest number 10 in Juventus’ history – and he faced some pretty stern competition, too. Roberto Baggio. Michel Platini. Paul Pogba. But none can compare to the genius of Alessandro Del Piero.

The Italian international was so blessed with the ball at his feet. Elegance, pace, flair, an eye for goal. He had the lot. And it became quickly apparent, as the magician burst onto the scene, scoring a hatful of goals in the process.

Del Piero went on to become the highest scorer in Juventus history with 290 goals. Say no more. 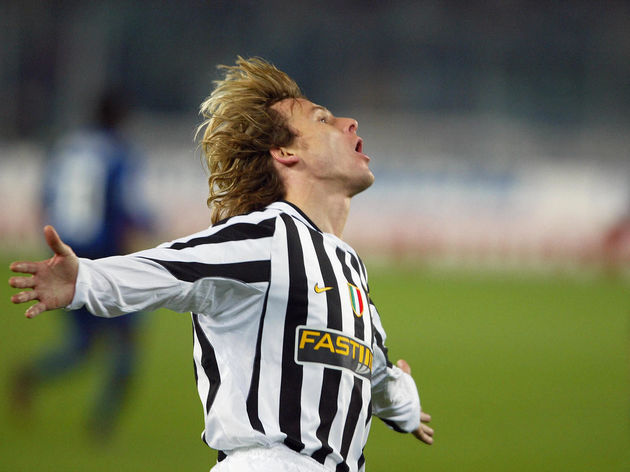 This guy was an absolute superstar. That magical left boot, the mind-boggling ability, those bouncing, blonde locks. Pavel Nedved was an unbelievable player, and he wore the Juventus number 11 shirt with pride.

Playing on the wing or in a more central, creative role, Nedved saw out the last eight years of his career in Turin, constantly putting on a show for the Juve faithful. He particularly shone in the early 2000’s, and his fantastic performances were repaid with the 2003 Ballon d’Or.

Nedved missed out on the 2003 Champions League final due to suspension, and with the form he was in, Juve would surely have beaten Milan on that evening in Manchester. What might have been. Still, a cracking player.