It’s not long now until all the transfer talk can stop and the actual football can begin, but whilst we wait for the start of the new season, we’ve got all the gossip to keep you on the edge of your seats.

With less than two weeks until the close of the English summer transfer​ window, clubs are beginning to up the ante as they go in search of the players who will make the difference for them in 2019/20.

Without any further ado, let’s take a look at a selection of Saturday’s transfer rumours. Former ​Arsenal, ​Tottenham and ​Crystal Palace front man Emmanuel Adebayor could be set for a shock move to the ​Premier League, as a number of clubs are keen on the free agent.

According to ​The Sun, ​West Ham, ​Watford and ​Sheffield United are all keeping tabs on the 35-year-old, who last played in England in 2016.

A number of ​Serie A clubs, as well as Celtic, are also looking at the former Togo international, as he looks for one last contract. Adebayor is believed to favour a move to London, which would make the ​Hammers and the ​Hornets frontrunners for ​his signature. Milan are looking to boost their attacking options with the signings of Rangers’ Alfredo Morelos and Lille’s Rafael Leao.

As reported by ​the Scottish Sun, ​Milan have sent scouts to watch Morelos twice in the last week and, having seen him score a hat-trick in the Europa League, have joined a list of clubs pursuing the Colombian.

Meanwhile, RMC Sport report that Lille are cashing in on striker Rafael Leao for approximately €35m. They reveal the Portuguese forward is due in Milan for a medical soon. ​​Manchester United have failed with a late bid to sign ​Everton’s defensive midfielder Idrissa Gueye, as the Senegal international closes in on a move to Paris Saint-Germain.

As reported by L’Equipe (via ​Me​tro), PSG failed in an attempt to sign the Everton man in January, but have finally succeeded this summer.

The deal to take Gueye to the Parc des Princes would have been completed sooner, but the 29-year-old requested some time to think about his future following United’s last-ditch bid. Nevertheless, he opted for the move to France and is set to be revealed by the French champions next week. ​Patrick Cutrone is on the verge of joining ​Wolverhampton Wanderers after the Italian striker left Milan’s training camp on Friday.

Radio Rossonera (via ​Footba​ll Italia) report that the two clubs have agreed terms on a permanent transfer and Cutrone will now travel to England to discuss personal terms.

The proposed deal would see the young Italian earn €3m-a-year over the course of a five-year contract and would represent a huge coup for Wolves.

Spurs Reject Bids for Walker-Peters & Have No Intention to Sell ​Tottenham have no intention of selling young right back Kyle Walker-Peters and have already rejected several approaches from Premier League clubs.

According to ​The Sun, both Crystal Palace and ​Brighton have made offers to take the 22-year-old on loan, while RB Leipzig also wanted to add Walker-Peters to their stock of young English talent.

However, following the sale of ​Kieran Trippier to Atletico Madrid, Spurs are short on options at right back and cannot justify selling the young defender. West Ham striker Jordan Hugill is set to move across London to ​Queens Park Rangers on loan for the 2019/20 season.

Hugill joined the Hammers for £8m from Preston North End in 2018, but has made just three senior appearances for the east Londoners.

As reported by ​Football Insider, QPR see the striker as someone who can add goals to their attack. The 27-year-old spent last season on loan at ​Middlesbrough, where he scored seven goals in 41 appearances. 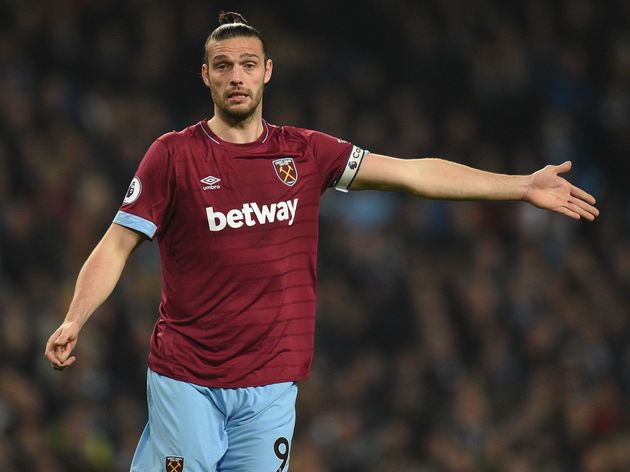 ​​Newcastle are set announce the signing of former ​Chelsea youngster Kyle Scott, while ​Andy Carroll is keen on a return to St James’ Park.

​Chron​icle Live report that Scott, who is a free agent, is expected to join the Magpies on a two-year deal to become Steve Bruce’s second signing as manager.

​Chronicle Liv​e also report that Carroll, who is a free agent too, has recovered from an ankle injury and is able to find a new club ahead of the 2019/20 season. It is understood Bruce is keen on a deal if the target man can prove his fitness, and Carroll would be keen to work with Bruce.

Merih Demiral Will Remain at Juventus Despite Growing Interest Merih Demiral has attracted the interest of a host of Serie A clubs, but his agent is adamant that ​Juventus do not wish to sell or loan the defender out.

As quoted by ​Football Ita​lia ​Wolverhampton Wanderers have submitted a bid for Spain Under-21 star Dani Olmo, while Dinamo Zagreb have offered the midfielder a new contract in an effort to keep him at the Croatian club.

​Sportske Novosti report that Wolves have bid €25m for Olmo with a 20% sell-on clause, as they attempt to lure the youngster to the Molineux.

Olmo has also attracted interest from Manchester United, but the Wolverhampton side are currently the only Premier League club to have made a move.