Having qualified for next summer’s European Championships in hugely impressive fashion, Italy will be considered dark horses for the tournament.

The Azzurri, one of the great footballing nations, failed to qualify the World Cup in 2018 after they slumped to a dismal 1-0 aggregate defeat to Sweden back in 2017. It was the first time Italy had not participated in the finals of the World Cup since 1958. It was bad. Really bad.

However, all has changed. Italy are now an entertaining nation to watch once more, and there is optimism after they qualified for Euro 2020 by finishing top of their group. Indeed, Roberto Mancini’s men won all ten of their games scoring 37 and conceding just four goals in this time. 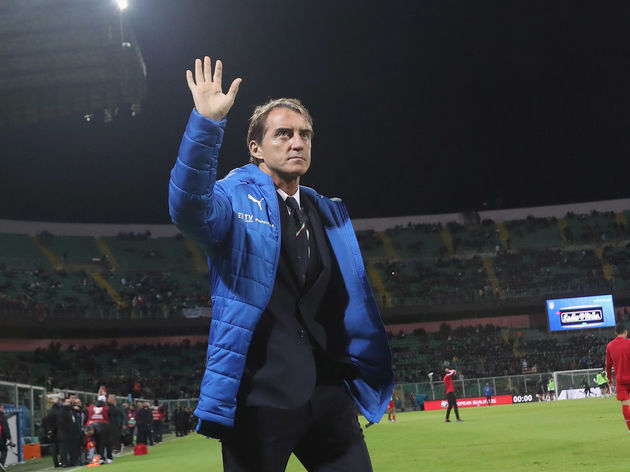 Not bad, Roberto. Not bad.

But the head coach has plenty of decisions to make before the tournament, notably, of course, who he is going to include in his squad. Here, we run you through who could be involved as it stands…

Where else can we start? How good was it to see him on a football field once again?

After six months out through injury, Chiellini recently came off the bench during ​Juventus’ 2-0 win over Brescia, receiving a standing ovation as he entered the field.

If he can maintain fitness, Chiellini must be in the squad. 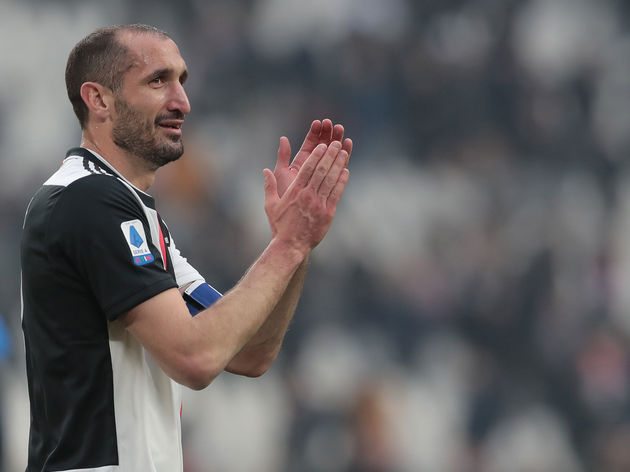 The 23-year-old has eight goals and five assists this season, while playing for middle of the table Bologna.

At number 21 is the giant that is Stefano Sensi, who stands at a towering 5’5.

The midfielder made a bright start to life at ​Inter, but he has since been struggling with a number of injuries. Once a certain squad member for his nation, Sensi’s place is certainly now under threat.

However, if he can recover and play a few minutes in the not-too-distant future, he certainly has the quality to make it into the squad.

Ah, the curious case of ​Napoli.

Meret has started 15 games between the sticks for Napoli this season, but he has kept just three clean sheets. Despite this, the keeper is expected to assume the highly-coveted role of third-choice goalkeeper. In 21 appearances in all competitions this season, Bernardeschi has managed…one goal and one assist.

Mancini may be a fan of the Juventus man, but his performances must improve if he wants to be sure of a spot.

De Sciglio has struggled with injuries this season and even when he hasn’t been injured, he’s still struggled for game time.

However, for his national side, he is a useful squad player, with his versatility and international experience coming in handy.

The defender has surprisingly made just 12 appearances for his country, but the ​Milan captain has been impressive at the back this season for the Italian giants.

As a result, he could force his way into Mancini’s plans. Tonali has a very, very bright future ahead of him. As a result, just about every major club in Europe has been linked with a move for him, despite the fact that he’s not even 20 yet.

Perhaps what is most impressive about Tonali is that he appears to be improving with each passing week.

Florenzi secured a late loan move to Valencia as he searched for greater game time ahead of the Euros.

Well, he now has it, but unfortunately for him, he missed the La Liga outfit’s last game as he was shown a red card on his second appearance for the club.

Francesco Acerbi is continuing to impress in Serie A, contributing two goals and two assists from the centre of defence this season. Every squad needs a Spinazzola.

Well, Salvatore (what an excellent name, right?!) Sirigu will be Italy’s back-up goalkeeper if he can stay fit because, unfortunately for him, Gianluigi Donnarumma will be Mancini’s first-choice.

With Zaniolo out, Federico Chiesa’s role for Italy has become even more important.

The Fiorentina man has seven goals and five assists this season and although he may play more centrally for his club, he will operate on the wing for his nation. Insigne somehow manages to make Stefano Sensi look tall, but in more important news, the forward is a major threat and Mancini will need him firing at the Euros.

His work ethic as well as his talent make him a nightmare to play against. He’s only got four goals and four assists this season, mind.

Competition in the middle of the park will be high and while Pellegrini will be involved, he will need to prove that he is worthy of a starting berth between now and the end of the season.

Chelsea boss Frank Lampard is on the hunt for a new left-back, with ​Leicester’s Ben Chilwell and Everton’s Lucas Digne on their shortlist.

As for Emerson, well, he hasn’t even been included in the squad for the last two league games. Fortunately for him, he is a regular for his nation on the left of the defence.

Still, would be good for him to get some minutes. Donnarumma has played 189 times for Milan and while the Italian giants have had their fair share of ups (I guess?!) but mainly downs

Marco Verratti may have his injury struggles, but there’s no denying his importance to this Italy team – when he’s fit, of course.

He may not dominate the headlines, or have an endless amount of ‘Best Goalz’ videos on YouTube, but there is no denying his talent.

He’s also part of a PSG team that ​Jurgen Klopp has claimed are now favourites to win the Champions League. Jorginho’s ​Chelsea struggled on Monday evening, losing for the third time this season to Manchester United.

However, Jorginho has been a key player for the faltering Blues this campaign and he is an equally important player for Mancini. The end result? A place in the squad for the Euros.

Romelu Lukaku is loving life at Inter, while new recruit Ashley Young is proving to be one hell of a signing.

Not only that, he’s a key player for Mancini.

Bonucci is the rock at the back and he will be in the squad. The only question is: who will be playing alongside him?

Whoever it is, Bonucci will be desperate to help Italy go deep into the tournament. 2018/19 season – Fabio Quagliarella ends campaign as top goalscorer in Serie A with 26 goals.

This guy is scoring goals for fun and, yes, he doesn’t exactly have the same record for his nation, but Immobile will be Italy’s go-to guy if he continues finding the net with such great regularity.

Now, that’s a scary thought for any nation next summer.

While Nicolo Zaniolo isn’t expected to feature, it would be wrong to completely rule him out, especially if his recovery goes better than expected. In attack, Domenico Berardi will be looking to make the cut.