​Twitter is an ever-growing platform for people to express their views and get their personalities across to a wider audience.

Some athletes look to keep things simple, thanking fans for attending games, saying how pleased they were to score a goal etc. All very nice, but a little on the boring side.

Then there are others who have a little more charisma about them. That’s who we want to focus on.

Williams likes to give everything a go, playing both rugby league and rugby union, whilst also even dabbling in boxing. Some feel that he has received preferential treatment throughout his career to allow him to do so many sports, but Sonny Bill does not seem to care.

Sharing loving moments with his family, as well as being gracious in victory and defeat, Sonny Bill’s Twitter is worthy of a place on this list. 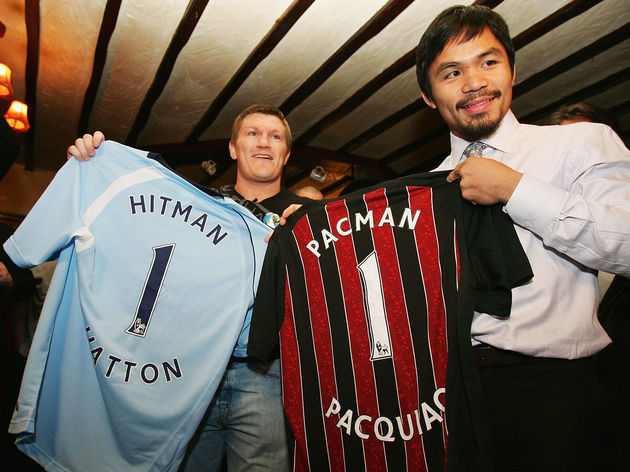 Kyrgios’ career has been far from plain-sailing so far. From accusations of not trying, to frequently using inappropriate language on court, he has not always been the most popular tennis player.

Yet he wears his heart on his sleeve, has some great highlights which you can catch on his Twitter, and he was very vocal in trying to help during the recent bushfire crisis in Australia. Perhaps he is starting to win most people over.

The rugby union prop has developed a reputation as being a bit of a wind-up merchant on the pitch, not always playing by the rules. Yet his popularity soared during England’s run to the final of the 2019 World Cup, as he showed the humour that he possesses.

Not the most frequent tweeter, but the interview above from back in November shows you exactly why he deserves a spot on this list.​

Honestly I can not believe what happened last night. WORLD CHAMPION 
PB & New British record 6981 what the hell!
Thank you everyone for all your support and messages over the years!!! pic.twitter.com/E6GGJSutPZ

Johnson-Thompson finally delivered on the talent that she has always had when she won the heptathlon at last year’s Athletics World Championships.

She made the final six in the 2019 BBC Sports Personality of the Year, with her popularity continuously growing. All eyes will be on her to produce her best again at the Tokyo Olympics.

​One half of the best full back partnership in the Premier League right now. The 21-year-old may not quite have the jokes that Andy Robertson possesses, but he still gets his personality across on Twitter, often at his own expense.

An unbelievable talent on the pitch, a grounded young man off it.

I see you out there using my moves.

Diaz became a household name when he beat Conor McGregor in March 2016. He lost the rematch in August of that year, and then did not fight again for another three years. How did he stay relevant? Well, Twitter had a big part to do with it.

Diaz does not mess about, getting straight to the point in giving his opinions on fights online. He remains one of the biggest names in MMA today. That is how to use social media effectively.

A World Cup winner in 2015 with USA, Leroux has remained at the top of the women’s game whilst also having two children. She gave birth for the second time in June 2019, and returned to the sport just three months later.

She is clearly proud of her children, with her Twitter showing some of the cutest moments of her family life.

The French left back appears to be one of those players that you either love or hate. Either way, you have an opinion on him. Evra is not afraid to interact with fans on social media, with his catchphrase ‘I love this game’ widely known by football supporters around the world.

He has even moved into punditry in recent times, and his reaction to Graeme Souness’ rant on VAR earlier this month left many viewers in stitches.

Biles has become the face of gymnastics over the years as she won four Olympic gold medals in 2016.

She has also drawn praise for her bravery in coming forward in 2018 and releasing a statement on Twitter confirming that she had previously been sexually assaulted by the disgraced former USA Gymnastics physician Larry Nassar. An inspirational athlete who will be going for more glory in Tokyo in the summer.

Hamilton has established himself as the dominant driver of his era, winning his sixth world title in 2019.

Away from the track he likes to document what he is doing, showing the close bonds that he has with his father and his beloved dog Roscoe, whilst also putting up videos of himself training as a way to inspire the next generation of drivers.

#Doha2019… what a Champs it’s been! I’m sorry I’ve been so slow to come on Twitter – I’ve been trying to stay in the zone for the relays despite being so unbelievably happy 

It hasn’t sunk in and feels very surreal! I’ve dreamt of this forever pic.twitter.com/FZxkEoJNpT

The British sprinter won her first world title last year in Doha, triumphing in the 200m. She is one of the country’s main hopes for a medal on the track this year at the Olympics, and you can track her progress on Twitter as she goes for gold.

Widely regarded as one of the best basketball players of all time, James is also one of the biggest characters in the sport as well.

His Twitter is littered with fan interactions as he tries to inspire the next crop of youngsters coming through to take to the court. Mendy may not have quite lived up the hype on the pitch for Manchester City, with injuries cruelly curtailing his progression, but he is still a larger than life character on Twitter.

The Watford heavyweight suffered a shock loss last June against Andy Ruiz jr. before exacting revenge in December to reclaim his titles.

You can often see training clips and images on Twitter as he gets himself in tip-top condition for a fight, whilst he is never shy to document his travels around the world as he relaxes in between contests.

Rapinoe has won two World Cups, and she was the star player in the all-conquering USA team in 2019. As well as having undoubted ability on the field, she has also shown her willingness to stand up for what she believes in away from the game.

She has been critical of Donald Trump’s treatment of minorities in America, and has used her platform to get her message across loud and clear.

Kids, don’t take up sport. Take up baking or something. Die at 60 really fat and happy.

Before last year’s Cricket World Cup you could be forgiven if you did not know who Jimmy Neesham was. However, if you followed the tournament then you certainly do now.

Neesham took his side to within inches of claiming the trophy, but it was his reaction to defeat which earned him so many plaudits. The New Zealand all-rounder combined graciousness with humour and remains a popular figure in the sport. The younger of the Williams sisters has achieved just about everything in the sport. With 23 Grand Slams to her name she has etched her name into the record books.

She is also popular on social media, posting photos with her dog to show her softer side whilst also giving an insight into what has made her such a dominant champion over the years. Well worth a follow.

The French superstar already has a World Cup to his name, and he appears to be a fun guy away from the pitch as well. His signature goal celebration has already become recognised worldwide, and he even smashed the ball into the net with his arm recently, picking up a booking in the process.

For most players they would be widely condemned for such obvious cheating, but not Mbappe. He saw the funny side, and fans did not seem too bothered by his actions in the end. It is hard not to like Kylian.

Fury has been a polarising figure in the past with his outspoken views, and to a certain extent he remains the same to this day.

Yet there is no doubt that he has largely won over the public with his openness on his mental health struggles, whilst also frequently showing that he does not take himself too seriously away from the ring. He has even done a song with Robbie Williams! Although it’s best to try and avoid that if possible.

There is nothing new about American terrorist attacks against Black and Brown people for the expansion of American imperialism.

Kaepernick has not played in the NFL since 2017, but he remains a major figure in the sport.

Famous for kneeling during the national anthem in a protest against racial inequality in America, he is still fighting for justice today, using Twitter to get his point across as he tries to make a change in his homeland.

Already a two-time Grand Slam winner, Osaka is one of the most popular players on the women’s tour.

Her positivity shines through on Twitter, and she uses humour well to interact with fans. At just 22, she is one of the rising stars in the sport.

A divisive figure in his younger days, there is no doubt that Sterling has won over most of his critics in recent years.

His stand against racism has been widely praised, whilst he is also not afraid to make fun of himself, often joking about his unusual running style and faces that he pulls on the pitch. Fans admire players who work hard on the pitch and are then able to show of their lighter side off the field. Sterling fits into that category.

The Irish MMA fighter has become a household name in recent years, even having a boxing match with Floyd Mayweather in 2017.

On Twitter, he often promotes his whiskey brand, whilst also posting some of his most famous moments from inside the octagon as his star continues to rise.

Fiercely competitive on the field, Liverpool’s full back appears to be one of the biggest jokers on Merseyside as well.

Be it bringing up his constant battle with Trent Alexander-Arnold for most assists in a season, living up to Scottish stereotypes or just the comedic timing of his looks to the camera in training, ​Robertson is doing brilliantly on Twitter right now.

Short and to the point. That is how Twitter should be, and that is how Zlatan uses it, so he gets top spot on this list.

Never lacking in confidence, he is still shining at the age of 38, playing his football over in Italy with AC Milan. He wants you to know that he is brilliant, and his Twitter sums that up perfectly.