Juventus started 2020 as they mean to go on, swatting aside a useful Cagliari team with aspirations of European football 4-0 without breaking much of a sweat.

However, they also start 2020 in an unfamiliar position – second in the league. They clinched eight of the Serie A titles on offer last decade but are now up against a dynamic and resurgent Inter, led by the man who steered the Bianconeri to four of those Scudetti.

The defending champions go into the new year with the oldest team in Serie A, with the average age clocking in at a worrying 29 years old. To put that in perspective, only three teams in Europe’s top five leagues can boast an older squad than the never more fittingly named Old Lady.

So, here is some of the much-needed youth which could break through in 2020. 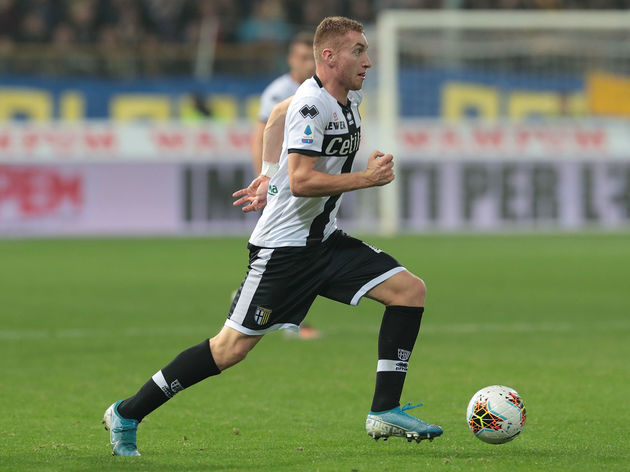 The 19-year-old Swede has been on the books of fellow ​Serie A club Atalanta since 2016 but came to prominence during the first half of his season-long loan with Parma this campaign.

With four goals and seven assists (the second most in the league) to his name already this season, ​Juventus paid more than £30m for the left-footed winger, who will finish his loan with Parma before joining the defending champions in the summer.

Fast, versatile and direct, Kulusevski has proven not only to be a menace out wide on the right flank, but forms one of the most electric, if a bit erratic, strike partnerships alongside Gervinho at Parma. With ​Cristiano Ronaldo and Gonzalo Higuain both the wrong side of 30, the second half of 2020 could prove to be Kulusevski’s time to break through at an elite club. When talking about exciting 20-something-year-olds at the back for Juventus, Matthijs de Ligt is the first name on everyone’s lips.

But Turkey international Merih Demiral has shown glimpses of his promise already this season and could make the breakthrough to the first team and join the Dutchman in one of the most exciting and youthful defensive partnerships in Europe.

By the end of the season, should Demiral be given more opportunities to show his talent, the £16m Juventus forked out for his services will be a drop in the ocean compared to the transfer fees bandied about when every European team in need of a centre half come calling this summer. When Juventus signed the 20-year-old left-back this summer for almost £20m, many an eyebrow was raised. The Rome-born full-back only had 16 Serie A appearances under his belt before the Italian giants snapped him up and loaned him out to Cagliari in the summer.

Already, Pellegrini has played 13 more games in Italy’s top flight after impressing for the Sardinian outfit this season. With Alex Sandro turning 29 in January, Juventus have been forced to deploy Mattia De Sciglio, a right back by trade, on the left-hand side.

When Pellegrini returns to Turin this summer, he will automatically be next-in-line for the left-back slot but should he continue to improve, there is no reason he can’t make that position his own by the end of the year. The soon-to-be 42-year-old ​Gianluigi Buffon is currently Juventus’ second-choice goalkeeper after making the spot between the sticks his own for the best part of two decades. With his time at the club surely near its end, there is an open spot for Wojciech Szczęsny’s understudy.

And Leonardo Loria could be the man to fill that spot. At 20 years of age, Loria stands at 6’5 and has been a part of Juve’s Primavera since 2015. Even if Buffon stays at the club, learning from a player as experienced as him can only benefit the young man who is likely to at least breakthrough to the first-team squad this year, if not the starting XI. Cristian Romero is a perfect example of a specific type of player that is all-too-common in Serie A right now.

As you sit there watching an Italian side in the bottom half of the table you notice one of their players intercept the ball and bring it into midfield all in one action, or burst past their marker with ease, or do something which a bottom half Serie A player doesn’t normally do.

Then you notice them do it again and when the commentator mentions that they’re 21, you think you’ve spotted the next hidden gem for all the time it takes you to find out that… yes, they’re on loan from Juventus.

The Old Lady have taken it upon themselves to snap up as much of the young talent Serie A has to offer only to loan them out to clubs lucky enough to collect Juve’s scraps.

Romero may be another young talent sent out on loan but his quality has shown through despite playing for a Genoa side on their third manager of the season and 19th in the table.