Here we are. 1,000 games of Cristiano Ronaldo. And in those 1,000 games, we’ve seen about a billion great moments.

You don’t win five Ballons d’Or unless you’re a pretty special footballer, and that’s exactly what Ronaldo is. He scored ludicrous goals, pulls off sublime assists and dominates even the greatest of opponents without even breaking a sweat.

Picking out a small selection of his personal highlights is no easy task, but here are nine moments from Ronaldo’s career which really stand out.

His Free Kick Against Portsmouth

You shouldn’t need me to tell you that ​Ronaldo is pretty good at free kicks. He’s scored some real worldies in his career, but he has probably never topped his effort against Portsmouth in January 2008.

Ronaldo put the ball down, took four steps back and unleashed a thunderbolt of a strike, but the true beauty came from the slow-mo, which revealed how his ludicrous knuckleball technique​ had sent the ball swirling into the top corner.

It was one of those where there was just no point in trying to stop it. He’s better at football than you and there’s nothing you can do about it.

That Screamer Against Porto

In April 2009, ​Manchester United travelled to Porto for the second leg of a ​Champions League quarter-final, and they were behind on away goals. They needed a moment of magic, so they turned to Ronaldo.

The winger picked the ball up from about a million yards out, took less than a second to think about it and just leathered the ball. It rocketed right into the top corner, despite being in the air for what felt like an eternity.

Ronaldo has done plenty of special things, but this one was on another level. It was like a video game when you’ve turned the shot power up to 100. ​A human cheat code. 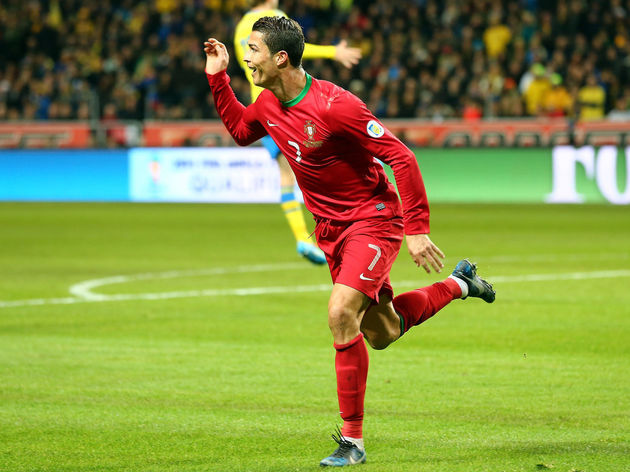 It’s not just at club level that Ronaldo has shone. He’s had more than his fair share of outstanding showings at international level, and one of his finest performances came against Sweden in November 2013.

Billed as a heavyweight clash between Ronaldo and There have been plenty of examples of Ronaldo being far too good for his opponents, but one of the best examples came against Espanyol in January 2016.

Ronaldo bagged a hat-trick in a 6-0 win for ​Real Madrid, but it was his second which was so special. He chopped the ball past one defender, then skipped between two more and fired the ball home, and he did it all with terrifying ease.

It looked like he didn’t even care that their were players in his way. Ronaldo breezed through everyone in his path and scored one of the finest individual goals of his career.​

A Hat-Trick Against Wolfsburg

Trailing 2-0 against Wolfsburg in the Champions League quarter-final in April 2016, Ronaldo erupted.

He poked home from close range for the opener, before heading home from a corner moments later. He finished the fun with a delicious free kick, steering Real through to the next round.

Los Blancos were supposed to be dead and buried, but Ronaldo came to the rescue, just like he always does. It was a superhuman effort.

Being Honoured with a Statue…A Really Bad Statue 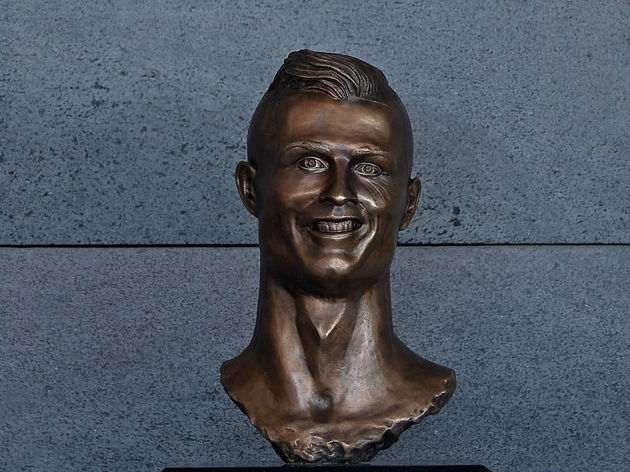 Not every player gets a statue and an airport named after them, but Ronaldo got both in 2017 as a tribute to what had been a glittering career. Well, that was the intention…

The statue ended up making Ronaldo look like he had just gone 12 rounds with Tyson Fury and is still ridiculed to this day. It’s not hard to see why. I mean, just look at it.​

The intentions were pure, and he definitely deserved a statue, but yikes. That did not go well.

His Bicycle Kick Against Juventus

​Juventus didn’t really need an excuse to sign Ronaldo, but they were probably convinced to do the deal after seeing him score an outrageous overhead kick against them in April 2018.

He leapt up to the heavens and connected perfectly to send the ball crashing past Gianluigi Buffon. Zinedine Zidane stood on the sidelines with his head in his hands because he simply couldn’t understand what he had just seen.

Ronaldo himself ​described it as his best goal of all time, ​which is really saying something.

At the 2018 World Cup, Spain thought they had earned a victory over rivals Portugal, but they seemingly forgot about Ronaldo.

Everything Ronaldo touched turned to gold as he fired yet another brilliant hat-trick, although he needed a bit of help from a hapless ​David de Gea for his second goal.

The crowning moment came with just two minutes to go as Ronaldo bagged a brilliant free kick to earn Portugal a share of the spoils.​ Perhaps the single greatest performance of Ronaldo’s career came in a Juventus shirt when he fired I Bianconeri to a dramatic 3-0 win over ​Atlético Madrid in March 2019.

Juve were dead and buried after losing the first leg 2-0, but Ronaldo didn’t care. He netted two headers and a penalty, but it wasn’t just about the goals. It was about the sheer dominance of his performance against one of Europe’s most resolute defences.

When Juventus called, he answered emphatically, reaffirming his status as one of the finest performers in Champions League history.