We, using the coolest filmography of all time – yes, the great Sergio Leone’s filmography – rank the best teams in Europe. Or, in other words, tell you that Premier League teams are the best in Europe. “To try robbing us would be so futile that only a complete fool would attempt it.”

“Yeah. Or a complete madman.” (For a Few Dollars More)

This season, RB Leipzig have continued to upset the apple cart* in the Bundesliga. All set for a comfortable third place finish, and set to be coached by the most exciting young manager in Europe next season, Julian Nagelsmann, Die Bullen have put the whole league on notice.

*It’s by no means a fairytale story though as they’re basically just a subsidiary of a multi-national company. “It’s easy enough to steal. The trouble is in keeping the loot.” (The Good, the Bad and the Ugly)

One of the best young players in Europe? Check.

One of the best young players in Europe who is set to stay for the foreseeable future? Maybe not, but if Wolves can keep Ruben Neves for the long term, they’re going to be a serious force to be reckoned with. “Mm…yeah. But I’ve got six more bullets in my gun.” (The Good, the Bad and the Ugly)

Six of the best!

Six of one, half a dozen for the other!

The magnificent six! No, that’s not right.

Anyways, out of absolutely nowhere, Bayer Leverkusen FINALLY showed just how good they are last weekend.

Beating Eintracht Frankfurt – one of Europe’s most in-form teams – is no mean feat, but beating them 6-1 is truly astonishing. “To kill a man you shoot him in the heart. Isn’t that what you said, Ramon?” (For a Few Dollars More)

Over the past few weeks, with the Primeira Liga title within touching distance, Benfica have become cold blooded killers; killing the hopes and dreams of every non-Benfica fan in Portugal. Borussia Dortmund have absolutely f****d it.

A few short weeks ago BVB were atop of the Bundesliga table, atop of 90min’s Definitive European Power Rankings, and the best team to watch in Europe.

Now, they’re second in the Bundesliga table (four points adrift of Bayern with just two games to go), 11th in 90min’s Definitive European Power Rankings, and one of the sorriest sights in Europe.

Borussia Dortmund, you really have f****d it. There are two kinds of teams that make it into 90min’s Definitive European Power Rankings. Those whose incredible form and exciting attacking play wows football fans across Europe; those who are one of the relatively boring elite clubs that have won the league this season due to a dearth of competition.

Atalanta are the former. “My mistake. Four coffins…” (A Fistful of Dollars)

There’s only one word to describe Barcelona’s week: DISASTER.

On Tuesday night, Barcelona were a complete DISASTER.

With a cosy 3-0 lead in the tie and the supposed best player of all time in their ranks, Barcelona collapsed at Anfield and gifted Liverpool a 4-0 win and a place in their season’s UEFA Champions League final. 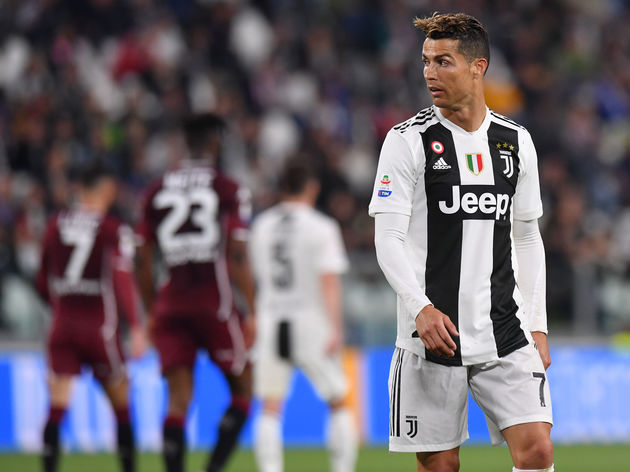 There are two kinds of teams that make it into 90min’s Definitive European Power Rankings. Those whose incredible form and exciting attacking play wows football fans across Europe; those who are one of the relatively boring elite clubs that have won the league this season due to a dearth of competition.

Juventus are the latter. “There are two kinds of people in the world, my friend: those with guns and those who dig. You dig.” (The Good, the Bad and the Ugly)

There are two kinds of teams at the top of the Bundesliga, my friend: those with guns and those who dig.

Bayern Munich hold them at gunpoint while they do so.

As Borussia Dortmund have dug their own grave in recent weeks (and absolutely f****d up their chances of winning the league title) Bayern Munich have continued to win, and continued to prove that, in the Bundesliga, they are still the top dogs. “When a man’s got money in his pocket he begins to appreciate peace.” (A Fistful of Dollars)

However, while missing out on a place in the UEFA Champions League final due to 95th minute goal from Lucas Moura (OF ALL PEOPLE) is heartbreaking, it isn’t all doom and gloom at Ajax.

For this Champions League game has provided Ajax fans with some unforgettably euphoric moments, and the club itself with an exorbitant amount of money in their pockets.

Ajax fans, it’s not all doom and gloom…until Matthijs de Ligt leaves…then it is. 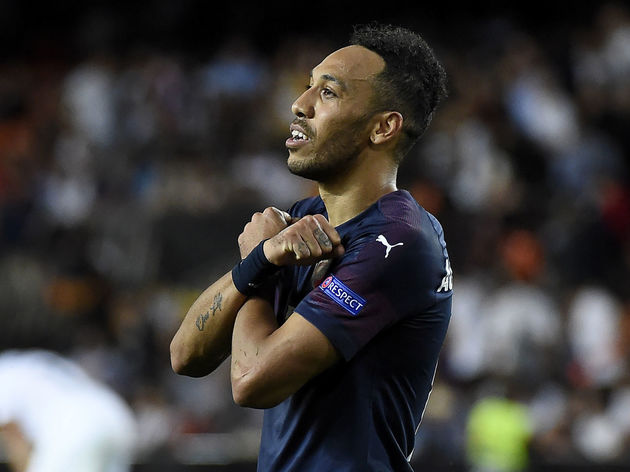 “The most potent weapon of war!” (The Good the Bad and the Ugly)

And we start of with one of the many, maaannnnyyy, Premier League teams that made it through to a European cup final this week.

With Pierre-Emerick Aubameyang on top form, Arsenal brushed aside Valencia with relative ease to book a place in this season’s Europa League final, w “By the way, you know anything about a man going around playing the harmonica? He’s somebody you’d remember. Instead of talking, he plays. And when he better play, he talks.” (Once Upon a Time in the West)

On Monday night, Vincent Kompany did the exact opposite of what everyone has ever expected him to do.

He played the harmonica.

No. No that’s not right.

He actually scored a 30-yard screamer to all but hand Manchester City the Premier League title. “When a man with .45 meets a man with a rifle, you said, the man with a pistol’s a dead man. Let’s see if that’s true. Go ahead, load up and shoot.” (A Fistful of Dollars)

Without their ‘rifle’ (Mohamed Salah), Liverpool were forced to use their ‘pistol’ (Divock Origi), and out-duelled ‘a man with a rifle’ (Barcelona).

Oh, and, as Andy Headspeath attests, ​Georginio Wijnaldum was pretty great too. “I’m letting you live, hero. That way you can tell everyone what takes place here.” (For a Few Dollars More)

Mauricio Pochettino’s Tottenham Hotspur, at a point when they were seemingly dead and buried, rose to new and immeasurable heights by completing ​the most incredible of comebacks to reach their first ever UEFA Champions League final AND reach the summit of 90min’s Definitive European Power Rankings for the first time ever.

Which is a bigger achievement?