To reportedly describe Champions League finalists Tottenham as ‘below’ his level was certainly a bold one for a player like Adrien Rabiot, who hasn’t been capped by his national side since March 2018.

While undeniably talented and rightly confident in his ability, his immature arrogance off the field saw him turn from Paris Saint-Germain’s golden boy to French football’s outcast.

Whether it be enjoying a night out after his side’s exit at the hands of Manchester United in the Champions League or forcing his own mother (acting as her son’s agent) to complain to former managers about his role in the side, Rabiot’s distinct lack of professionalism during his time in the French capital has undoubtedly halted his development into one of Europe’s leading central midfielders. But after securing a move away from Les Parisiens on a free transfer in the summer, the 24-year-old is starting to show signs of his unquestionable talent at his new club, Juventus, despite paying no fee for his services, were still taking a risk on a player who was seemingly on a downward spiral.

And ironically, it was a red card that helped kickstart his career in Turin.

With Miralem Pjanic the undisputed number six in the side, Maurizo Sarri often favoured the likes of Sami Khedira, Blaise Matuidi, Rodrigo Bentancur and Emre Can over Rabiot prior to the Bianconeri’s home game against Genoa at the end of October.

Before that encounter – the game in which the Frenchman collected a second booking late on – Rabiot had started just three games in Serie A for Juve. He’s now started his side’s last four in the competition.

After excelling in Champions League 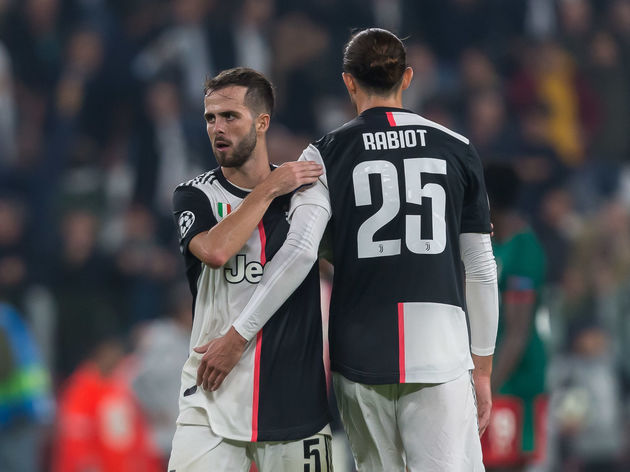 And in his recent run of games, the 24-year-old has started to show off some of the attributes that made him such a significant talent during his time in France.

While a tidy, not necessarily penetrative passer, it’s Rabiot’s movement off the ball that sets him apart from other midfielders. However, with Paulo Dybala similar in that he loves to create angles all over the pitch, we’ve only seen glimpses of the Frenchman’s outstanding ability to link play and exploit space in central areas. When Rabiot fully adapts and his confidence continues to surge – which shouldn’t be hard – we should see those two build what can only be described as an aesthetic partnership – in football terms, of course.

Overall, we’re starting to see the former PSG man play with that same greasy-haired swagger that we saw during his better days at the Parc des Princes. His 6’1 frame and fantastic close control make him incredibly press-resistant and adept at driving the ball forward – in his last two Serie A outings, against Cagliari and Roma, Rabiot completed the second-most dribbles in his side (sixCristiano Ronaldo

In those same two games, the midfielder averaged a pass completion rate of 92.35% and completed a key pass in both – highlighting not only his tremendous ability to retain possession but his capability to play vertically and add something in the final third. 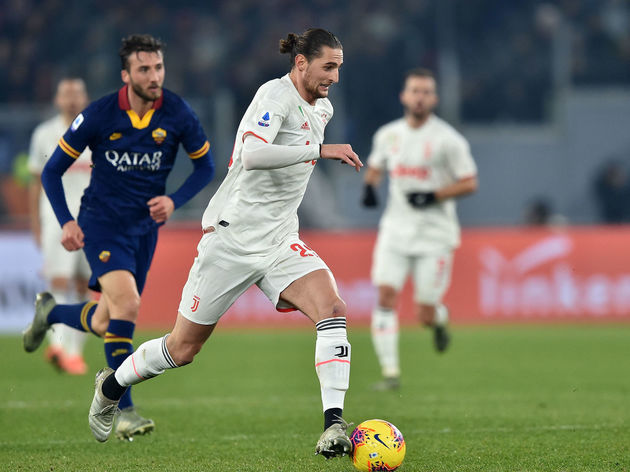 Rabiot’s recent joy was epitomised in one move against Roma at the weekend. The Frenchman won back possession on the halfway line, then used his strength to ride a challenge before sliding in Ronaldo in behind with a delicately weighted through ball. In 15 seconds, Rabiot had displayed his ability to break up play, resist pressure, spearhead transitions and break lines in possession.

There are certainly still examples of his attitude and petulance – often throwing his arms up in the air when he misplaces a pass, for example – but the signs are promising. He’s willing to work hard off the ball, his defensive output is good – averaging two tackles and 1.1 interceptions a game in Serie A

His attributes make him a good fit for Sarri’s system and style – although ‘Sarriball’ still seems to be lost somewhere in Naples – and going forward, Rabiot will become a key piece in this Juve side. ​He has a long way to go until he’s dragged away from the whole ‘most dislikable player in Europe tag’ and one thing’s for sure, with 876 midfielders waiting in the wings at the Allianz Stadium, Rabiot can ill-afford to show-off the often toxic attitude and petulance he displayed at his former club. You’d think that despite only being 24, he’ll have run out of chances at top clubs if he’s deemed a failure at Juve.

Nevertheless, since he was a teenager no-one has ever doubted his ability to play the game, and under a strict and stubborn manager at Juventus