​Adrien Rabiot is on the verge of completing a move to Juventus but his signing will not prevent I Bianconeri from pursuing a deal for Paul Pogba, according to reports.

The 24-year-old’s PSG contract expires this summer and he is set to leave the French capital on a free transfer following months of speculation regarding his future. 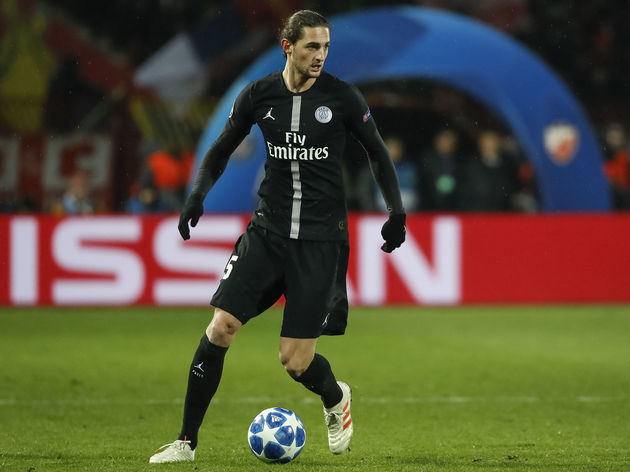 Rabiot has been linked with a whole host of European clubs in that time, with Manchester United, Arsenal, Barcelona and Bayern Munich all credited with an interest in signing him.

Juventus, though, have emerged as strong favourites to snap him up over the past week or so, and Goal report that the 24-year-old midfielder could finalise his move to the Serie A champions as soon as this weekend.

CalcioMercato claim that concluding adeal for Rabiot will not stop ​Juventus from pursuing a deal for his international team-mate ​Paul Pogba.

Manchester United midfielder Pogba revealed recently that he is ‘thinking of a new challenge’ and La Vecchia Signora are ​said to be interested in bringing the 26-year-old back to Turin. The report states that Rabiot’s proposed high wages will not hinder Juve in their efforts to sign Pogba and that they have made the 26-year-old their priority in the summer’s transfer window.

Rabiot, meanwhile, has endured a tumultuous season which has been blighted by off-field issues. In October he was dropped by Thomas Tuchel for arriving late to a pre-match meeting and in January he refused to sign a new contract – and was subsequently forced to train with the reserves.

The France international has not made a first team appearance since then and was suspended by PSG in March for visiting a nightclub on the night of their ​Champions League exit to Manchester United – and for liking a social media post by Patrice Evra celebrating United’s win.

claiming that it would be difficult for him to follow the team’s training programme.