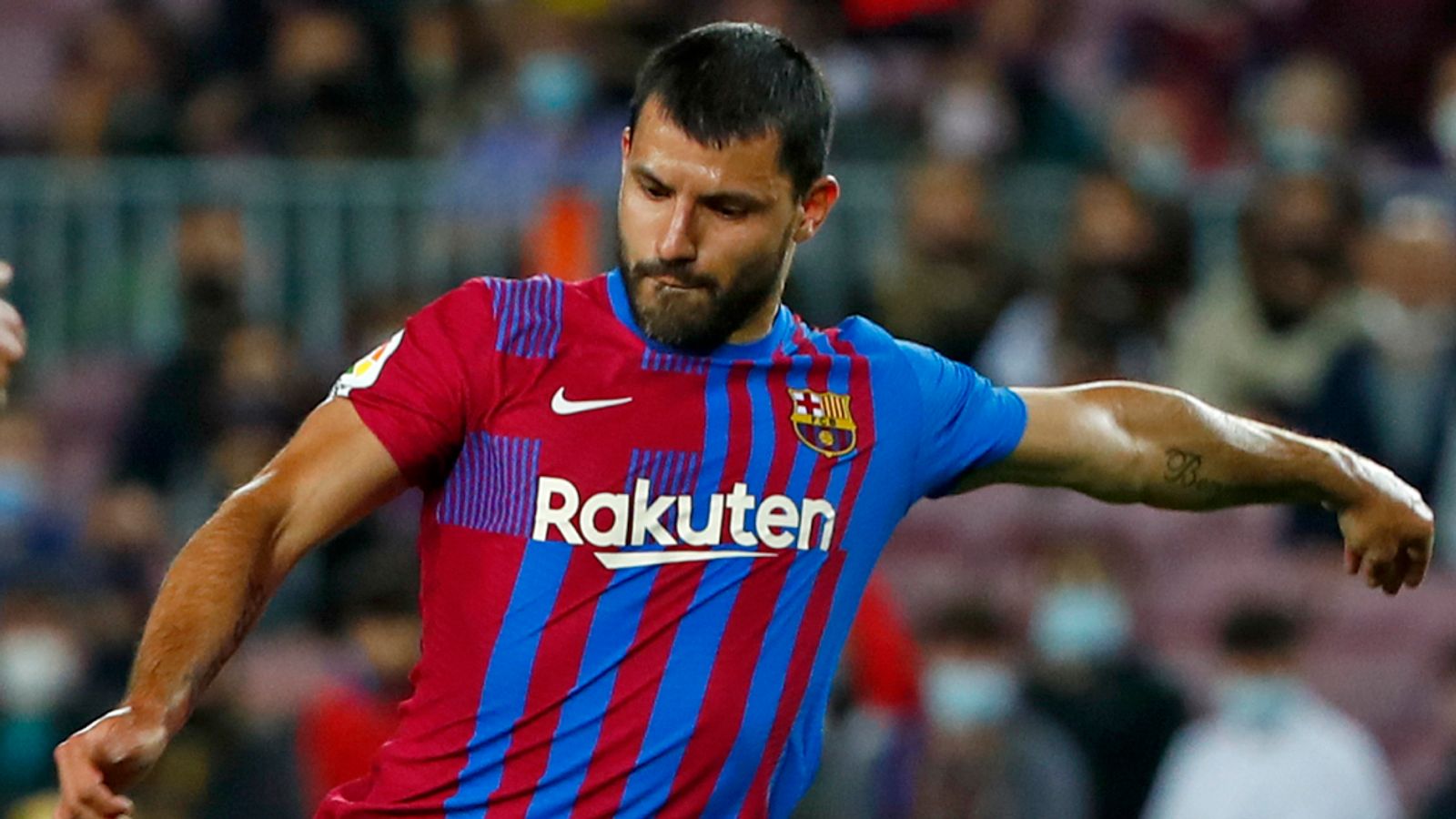 Sergio Aguero is expected to announce his retirement from football at a press conference in Barcelona on Wednesday.

The 33-year-old was recently diagnosed with a cardiac arrhythmia (irregular heartbeat).

He was taken to hospital after Barcelona’s 1-1 draw with Alaves in October after experiencing chest pains and breathing difficulties during the game.

Aguero signed for Barca in the summer on a free transfer from Manchester City, where he had scored 184 goals in 275 Premier League appearances to become the club’s all-time top scorer.

He has made only five appearances for Barca, scoring once in a 2-1 defeat to Real Madrid, and didn’t make his debut until October after recovering from a calf injury.

Responding to Spanish media reports in November which indicated that he may have to retire because of heart trouble, Aguero said he was remaining positive and making progress with his recovery.

The fourth-highest goalscorer in Premier League history, Aguero moved to City from Atletico Madrid in 2011 and lifted five Premier League titles, one FA Cup and six League Cups during his time at the Etihad Stadium, famously scoring the injury-time winner against QPR which secured the first of those league titles in 2012.

The forward scored 41 goals in 101 games for Argentina, represented them at three World Cups, and helped them win the Copa America earlier this year.