​Ajax welcome Juventus to the

As the home side will be looking to cause another upset on the main stage, it will take all of Ronaldo is set to return from a hamstring injury from Portugal’s 1-1 draw with Serbia in the international break. The 34-year old star could make the starting XI after missing ​​Juventus’ ​victory against ​Milan on Saturday.

Veteran defender Giorgio Chiellini will be hoping to earn his place in the starting XI after being on the bench against Milan. The Italian was substituted during ​Juventus’ Coppa Italia defeat against Atalanta in January. 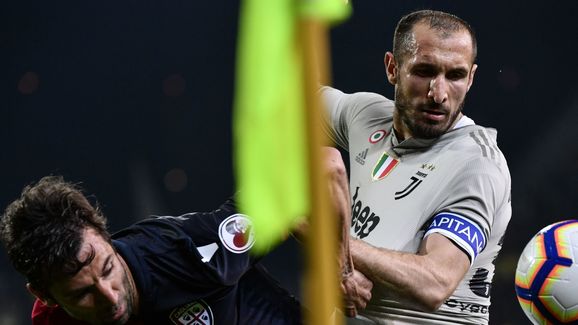 Ajax look to remain without Hassane Bande and Carel Eiting as both players continue to struggle with respective injuries.

Right-back Noussair Mazraoui is expected to return to the side after a minor suspension which saw him miss Ajax’s 4-1 victory over Willem II on Saturday. Both teams come into this fixture with impressive domestic records, as Ajax and Juventus are on course to win their respective leagues.

Despite Juventus suffering a surprising loss when visiting Genoa in mid-March, the Italian giants managed to bounce back and are on course for another ​Serie A title. Ajax will be looking to strengthen their squad confidence as they battle with PSV for the top spot in the Eredivisie, and they come into Wednesday’s game off the back of some brilliant form.

Here’s how both teams have got on in their last five games: