​Barcelona are open to parting ways with centre-back Samuel Umtiti this summer, but the Blaugrana will only accept offers above €50m.

Umtiti spent several years as one of Barcelona’s first-choice defenders but, after picking up a knee injury towards the end of the 2017/18 season, the 25-year-old missed a huge number of games and saw his standing in the team hierarchy drop as a result. 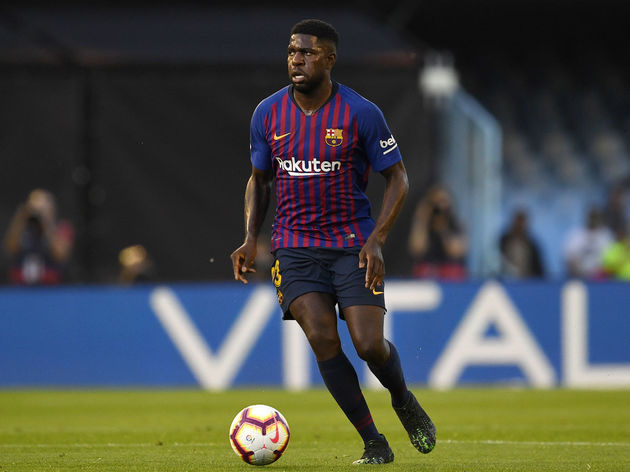 With Clement Lenglet impressing in his absence, ​Sport claim that ​Barcelona are now open to selling Umtiti this summer, although they will not actively try and cut ties with the Frenchman.

His relationship with club officials has taken a number of blows since his injury. He is said to have used interest in him from other clubs to force Barcelona into offering him a new contract last summer, whilst he also clashed with executives following their initial pursuit of Antoine Griezmann.

He then refused medical staff’s advice to have surgery on his knee, which ultimately caused his injury to come back, and the club’s hierarchy is said to have grown weary of the 25-year-old’s attitude. They are in no rush to push him out of the club, and they’re prepared to hold out until they receive offers of over €50m. Both ​Juventus and ​Manchester United have expressed an interest in the Frenchman, although neither has lodged an offer as of yet.

Umtiti is eager to remain at Camp Nou to try and rediscover his best form, and Barcelona are open to giving him the chance to do so, but they will welcome any sensible offers for the defender. Umtiti has been heavily linked with a move away from Camp Nou this summer, with ​Arsenal and ​Manchester City also thought to be keen on a deal for the French defender.

However, no concrete offers have arrived from any interested sides, although that could certainly change towards the end of the transfer window.