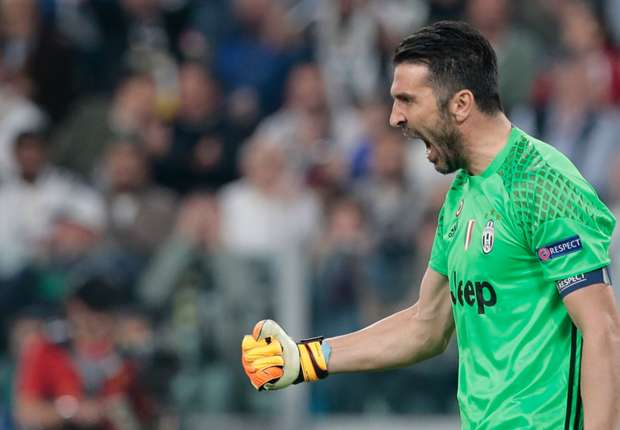 Paulo Dybala is one of the top three players in the world, Juventus goalkeeper Gianluigi Buffon claimed after the forward scored a brace against Barcelona to put his side in control of their Champions League quarter-final.

Dybala struck twice before half-time with a pair of beautifully-taken finishes and a Giorgio Chiellini header in the second half crowned a dominant 3-0 win in Turin.

Official: Dybala is a global superstar

Buffon – who recorded his seventh clean sheet of this season’s Champions League – also contributed heavily with a world-class save from Andres Iniesta, but the veteran Italian hailed Dybala’s impact.

“When I talk to directors or friends in football, I’ve been saying for a while that he is good enough to be in the top five players in the world and he wouldn’t be out of place in the top three.

“Having said that, he needs to prove it every time and with regularity, to show he is worthy of our expectations of him.”

clean sheets in this season’s #UCL now for the Juventus goalkeeper pic.twitter.com/DfEotq7xNt

Buffon played down his own impact, despite the razor-sharp reaction stop to deny Iniesta coming 75 seconds before Dybala’s sublime second.

“I play for a top team and with the support I get from my teammates, I need to prove every game that I am still worthy of my place in the line-up,” the 39-year-old added.

“It was an important save considering the moment, also a difficult one, as it was an issue of thousandths of a second.

“If I have the ambition of still being considered a great goalkeeper, I need to do these things.”

3 – This was the 1st time that Juventus have scored 3 goals (and won by more than a one-goal margin) v Barcelona. Maturity. pic.twitter.com/5nv3ICHe7R

“We know that we have the best goalkeeper in the world so to have him behind us is important to us,” Pjanic told BT Sport. “He did one or two big saves.

“It is not finished. We have to do a big second game to go through to the semi-finals.”