Juventus will travel to the Sardegna Stadium to take on Cagliari on Tuesday night in the Serie A.

The Old Lady sit comfortably in first place in Serie A with a remarkable 18 points between them and second placed Napoli. Juve are coming off a 1-0 win against Empoli on Saturday night which saw 19-year-old Moise Kean come off the bench and win it for his squad in the 72nd minute. Cagliari won their match on Friday night 3-0 against bottom feeders Chievo and currently sit in 13th position in Serie A.

Check out 90min’s preview of the upcoming Serie A clash on Tuesday night.

Juvewill be without their biggest star Cristiano Ronaldofor the match against Cagliari after the 34-year-old suffered an injury to his thigh while on international duty with Portugal. Douglas Costa continues to nurse a hamstring injury sustained in early February and will not be expected to be fit for the upcoming match. Paulo Dybaladidn’t feature for the Old Lady against Empoli due to an unspecified injury picked up during the international break and will be a game-time decision on Tuesday night. 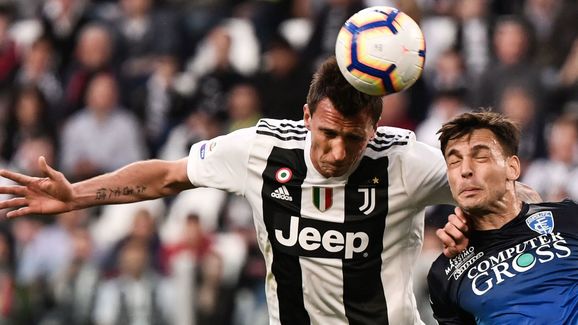 Cagliari will be without midfielder Lucas Castro and centre-back Ragnar Klavan, both of whom are out with long-term injuries to their knee and achilles respectively.

The match between Cagliari and Juventus will be the 80th time the sides have faced off since their first battle in 1964. Juventus holds the lead in the fixture, winning 40 times and each of the previous five meetings between the sides. Cagliari have won just 13 times with the remaining 26 matches ending in a draw. In the first match between the sides this season, Juventus convincingly won 3-1 courtesy of goals from Dybala and Juan Cuadrado, as well as an own-goal from Filip Bradaric.

Juventus suffered their first loss of the Serie A season in their final match before the international break, surprisingly going down 2-0 to Genoa. The Old Lady have won four of their previous five matches with the loss to Genoa being the only blunder in an otherwise fantastic campaign thus far.

Cagliari have won three and lost two in their previous five matches with big wins coming against Inter, Fiorentina, and Chievo during this stretch.

Cristiano Ronaldo to sit out Juventus’ next three Serie A fixtures (Empoli, Cagliari & Milan), before returning from injury for Ajax! [CdS]

Here’s how each side has fared in their previous five matches in all competitions:

Juventus have been a force in Serie A this season and their quest for an invincible campaign was recently squandered with the loss to Genoa. The Old Lady will be without some key stars for the match against Cagliari, with Ronaldo hurt and questions surrounding the fitness of Dybala.

Kean has come out of his shell in recent weeks, scoring in both matches for his country during the break and sealing the win in Juve’s last time out. Cagliari will be hopeful they can get a result against a weakened Juventus side, but still have to slow down the likes of Mario Mandzukic, Miralem Pjanic and Federico Bernardeschi. Juve will prove to be too much for I Rossoblu and keep their lead at the top of the Serie A table.