​The Champions League quarter-final draw with pit Europe’s elite against each other once again, as eight top quality sides battle it out for a place in the semi-finals.

While giants such as Bayern Munich and Real Madrid have fallen by the wayside, there’s still a host of sensational sides left in the competition, all of whom have an excellent chance of making the final at the Wanda

Here’ssidescompetition, based on how much of a nightmare they’d be to draw. As in out of the pot, not to recreate with a set of felt tip pens – though that does sound like a rather lovely way to spend a rainy afternoon… Porto have done superbly well to make their way to the quarter-finals, after navigating some tricky group stage trips to Galatasaray and Lokomotiv Moscow, before battering Roma 3-1 in the last 16 second leg (3-2 agg.)

The plucky Portuguese side have a lovely array of talent among their ranks, but they don’t look to have quality necessary to compete over two legs against a proper powerhouse.

Recent Champions League knock-out stage record: We all fondly remember José Mourinho’s 2004 Champions League winning side, but since then, it’s been a bit barren. This is their first quarter-final since 2015, after a series of underwhelming efforts since.

Difficulty rating – 4/10: Like trying to successfully scoop multiple cheese samples from a stern supermarket delicatessen counter employee. Tricky, but with enough elaborate disguises and some determination, that cave-aged stilton is all yours, my friend. ​Spurs are having a very, well, Spursian season of it – they’ve crashed out of both domestic cups, blown the chance to challenge for the ​Premier League title, and yet, they’re still alive and kicking in the Champions League.

Despite comprehensively outclassing Borussia Dortmund in the last round, Mauricio Pochettino’s side are as unpredictable as they come, and they don’t look to have the focus necessary to go into the deepest depths of the tournament.

Recent Champions League knock-out stage record: They’ve mainly been competing in the Europa League in recent times, but their last handful of Champions League appearances have seen them get no further thanks the quarters.

Difficulty rating – 6/10: Like fighting an angry bear that’s also trying to consume an abandoned family picnic. Sure, it could do you some real damage, but its southpaw (pun intended) is all over the shop. Ajax’s new golden generation (who will all be sold in the summer, let’s be honest here) are having a whale of a time in this year’s competition, and pulled down ​Real Madrid’s pants in their own backyard with a sensational 4-1 (5-3 agg.) win.

They’re currently embroiled in a thrilling title race with PSV Eindhoven back in the Netherlands, and have a domestic cup final on the cards an’ all. Too much on their plate? Quite possibly. And they’ve arguably shot their bolt prematurely with the aforementioned Bernabéu blitz.

Recent Champions League knock-out stage record: Ajax are in their first quarter-final since 2003, after failing to compete with the big boys for the last 15 years or so.

Difficulty rating – 7/10: Like attempting to ghost into your parent’s house (in this analogy you live at home; it’s not a burglary) having consumed a quite frankly irresponsible amount of budget lager, without alerting them to your inebriated state. Cards on the table, this one caused some serious aggro in the upper echelons of the 90min hierarchy. Some furiously called for my head, others said I should just focus on dreaming up difficulty rating analogies about cheese (fair call, to be fair), but I’m sticking my neck out the line here and making a bold call.

Let’s face it, ​Juventus came awfully close to exiting in the last 16 after their shambles of a first leg performance against Atlético Madrid. Sure, they’re unbeaten in the league and powering to an eighth Serie A title in a row, but they’re seasoned CL bottlers these days, and I fancy them for a quarter-final K.O.

And yes, this is taking into account the legendary, 7% body fat elephant in the room.

Recent Champions League knock-out stage record: Always the bridesmaid never the bride, one might suggest. Well, not since 1996! They’ve made two finals in the last five years, falling at the last hurdle on both occasions. 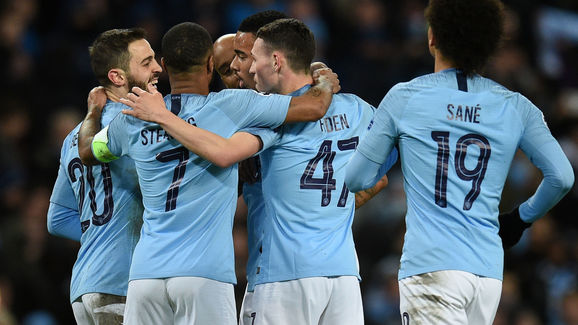 Recent Champions League knock-out stage record: They made the quarter-finals last season, and the semis two seasons before that. Sure, their Champions League history isn’t the richest, but they’re an emerging force in the competition, for sure.

Difficulty Rating – 7.5/10: Like trying to win chess against the computer on expert mode, while also trying to hold an in-depth telephone conversation with your elderly grandmother regarding the ailments of her various cats. quarter-finals via a dramatic, last minute penalty from Marcus Rashford.

It seems written in the stars that ​Manchester UnitedNorwegian.

Recent Champions League knock-out stage record: United last won the competition back in 2008, and since then, there’s not been much to cheer about, with a quarter-final in 2014 the pick of the bunch since then.

Difficulty Rating – 8/10: Like trying to win a game of giant Jenga, while secured tightly in a sleeping bag and having only your head to manoeuvre the wooden blocks. On ice. Absolutely nobody wants to face Liverpool in the next round; it’s as simple as that.

Recent Champions League knock-out stage record: The aforementioned final appearances was a mighty achievement last season, but other than that, they’ve not really had much of a look-in since the late ’00s.

Difficulty Rating – 9/10: Like trying to last a whole Sunday in a busy garden centre with Richard Keys, without smashing your forehead into the nearest greenhouse and leaping into a koi pond to escape the intolerable situation. With Lionel Messi in absolutely outrageous form, is there any team who can realistically stop ​Barcelona?

They trounced Lyon 5-1 in their last 16 clash, and are looking like the boys to beat this season. They’ve been there, done that, more times than any team left in the competition (in the 21st century, that is), and have all the invaluable experience necessary to be victorious once again.

Recent Champions League knock-out stage record: While their arch-rivals Real Madrid have won the last three on the bounce, Barça have at least made the quarter-finals, and have reached semi-finals or finals six times in the last decade.

Difficulty Rating – 10/10: Like trying to record a passable cover of Mrs. Robinson on the bagpipes, while you’re sat astride a relentlessly bucking broncho, attempting to serve chalices of chilled sangria without spilling a drop. On ice.