Chelsea will have to pay £4m in compensation to release the Frank Lampard from his contract at Derby County.

As current Blues manager ​Maurizio Sarri edges ever closer to officially completing his move to Juventus after only a season at Stamford Bridge, Chelsea are believed to be holding the deal up until they have assurances over their former midfielder Lampard’s availability to replace the Italian.

Sarri has been Juve’s main target since they announced the surprise departure of Max Allegri last month, and the word coming out of Stamford Bridge is that he is keen to return to Italy despite a reasonably successful first season in England. 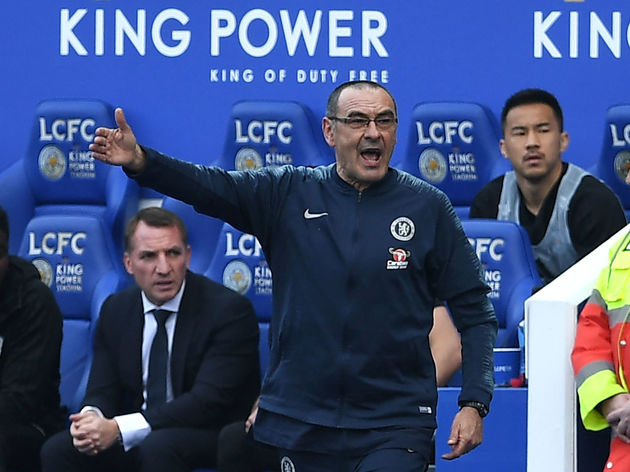 Having joined ​Chelsea from ​Napoli at the beginning of last season, Sarri led Chelsea to a third-placed finish in the ​Premier League, and ended the season on a high as they conquered London rivals Arsenal to lift the Europa League in Baku, but regardless, he has come under fire from the club’s supporters on several occasions – with the 4-0 defeat at Bournemouth in January sticking in the memory.

Italian outlet ​Gianluca di Marzio now report that there is ‘little missing’ before the move can be confirmed, adding that Sarri’s legal team has already met with Chelsea to discuss the specifics of his departure. He is expected to sign a two-year deal, with an option for a third.

The hold-up is believed to come from Chelsea’s end, as ​Sky Sports​ claim they want assurances from Derby over the availability of Frank Lampard before they will sign off on any potential move.

​​Lampard spent 13 years at Chelsea, writing himself into the history books as a club legend, and has proved successful in his first venture into management, leading Derby to the Championship playoff final in his first season in charge.

He is favourite to take over at Stamford Bridge in the event of the vacancy opening, and while Deby reportedly want £4m to let him go (as per a separate report by Sky) he is believed to have a clause in his contract that could make sure of his availability.

With all that in mind, then, it does seem as if there are a few moving parts yet to come together, but the weight of the reports suggest it is a deal which is likely to be done before too long.