On Wednesday night, by leading the Ajax defensive line with absurd authority against one of the best teams in Europe, De Ligt did prove to the world that he is the best young defender in a generation.

A once in a lifetime talent.

However, Matthijs de Ligt wasn’t the only young defender who impressed at the newly christened Johan Cruyff Arena. Another centre back – five years De Ligt’s senior and in opposite colours – also staked his claim as one of the most exciting defensive prospects in European football on Wednesday night.

That centre back was Daniele Rugani.

Prior to the first leg meeting with Ajax, Daniele Rugani was a defender hailed as one of the best in Europe by La Vecchia Signora manager Massimiliano Allegri (via ​Calciomercato):

But no one else.

Literally no one else.

Often drafted into the starting XI as a replacement for an injured Giorgio Chiellini, Daniele Rugani had clearly become a scapegoat for many Juventus fans.

Throughout this season, Juventini have berated the young defender for a myriad of lapses in concentration, his papering over poor defensive performances with goals, and lack of visible leadership qualities. 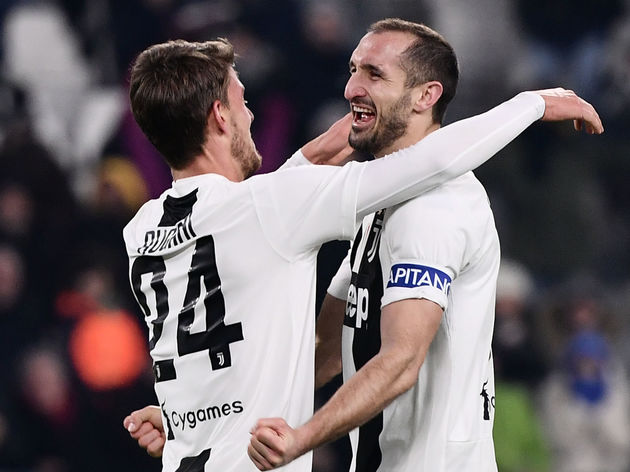 – He’s not broken his nose a million times.

– He doesn’t look like he’s going to fall over every time he passes the ball.

– He’s not made over 500 appearances for the club.

– He’s not the Juventus captain.

Oh, and most importantly: he’s not the best centre back in the world.

On Wednesday night however, Rugani, despite still not being Chiellini, did something he hasn’t done in quite a while: he impressed.

Confidently able to keep an explicitly potent Ajax attack at bay (they’ve scored a million goals in Eredivisie this season…well…100) for the majority of the game, the 24-year-old was undoubtedly Juve’s best player on the night.

In fact, the defender showcased every trait he’d been lambasted for not possessing throughout the previous nine months of the season: concentration, grit, and perhaps most surprisingly, an ability to lead the Bianconeri’s defensive line.

For the first time in his four years at ​Juve, Rugani looked comfortable in the club’s colours.

I’ve been very critical of him, but so far Rugani has delivered when it matters the most for Juventus

That isn’t to say he’s now set to become the best centre back in the world, be anointed the patron saint of catenaccio and given the freedom of Turin.

Rugani still isn’t in the same league as Giorgio Chiellini or Matthijs de Ligt; and honestly, he probably never will be.

But does he really need to be?

Wednesday night’s game proved that, despite not being the greatest centre back to ever live, Daniele Rugani can still be a huge asset to Juventus for the foreseeable future. A player that can help Juventus continue this current ‘e