Edwin van der Sar has weighed in on the future of Ajax captain Matthijs de Ligt, ahead of a big summer for the in-demand 19-year-old.

Now working at Ajax as the club’s Chief Executive, the former Manchester United goalkeeper has revealed that he expects de Ligt to leave Amsterdam during the transfer window, with a number of top clubs circling the impressive teenager. 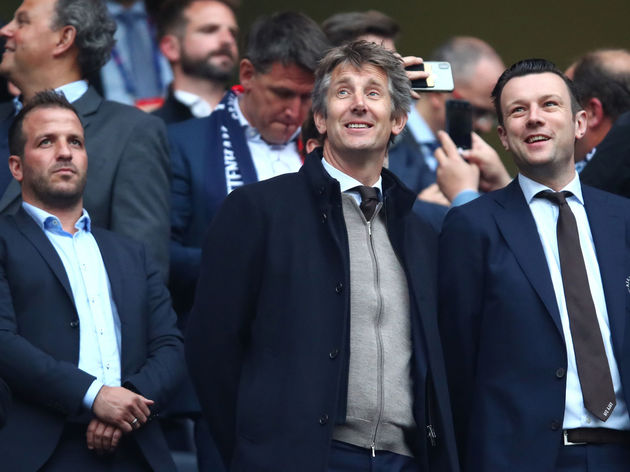 “He’s been here since he was a child and will end up at a big club. I think he’ll go to England or Spain.”

De Ligt captained his Ajax team throughout their run to the Champions League semi-final, starring against the likes of ​Real Madrid and ​Juventus – scoring a towering header against the latter in Turin.

The academy graduate also found the net with his head against ​Tottenham but it wasn’t to be for the young Dutchman, as Spurs completed a miraculous second-half comeback to eliminate Ajax at the final hurdle.

However, the defeat will not hamper de Ligt’s chances at a big money move, with ​Bayern Munich, ​Barcelona and ​Manchester City all expressing an interest in the centre-back ​reportedly worth €70m. While’s de Ligt’s already reportedly​ turned down a move to Manchester United, he could still be set for a move to England, if van der Sar is to be believed. However, his comments will worry Bayern Munich and Juventus fans.

Not even 20 years old, de Ligt has made 115 appearances for Ajax, scoring a pretty impressive 13 goals and played on Europe’s biggest stages.

With two games remaining, Ajax are currently level on points with PSV Eindhoven at the top of the Eredivisie and de Ligt will hope he can leave as a champion.