Viallli, who captained Juventus to glory in the 1996 Champions League final and joined Chelsea that summer, started his first round of cancer treatment in late 2017, lasting a year. The former Italy international declared in November 2018 that he was ‘back to having a beastly physique’. But another nine months of chemotherapy followed, taking Vialli’s total course of treatment up to 17 months and the 55-year-old has described it as ‘difficult…both mentally and physically’.

In an interview with La Repubblica, Vialli confirmed he has beaten the cancer.

“I am fine. In December, I finished 17 months of chemotherapy, one cycle of eight months and another of nine. It was difficult, even for someone as tough as me, both physically and mentally,” the two-time FA Cup winner explained.

“The tests showed no sign of the illness. I am happy, even if I say that under my breath to be on the safe side,” he added.

“Regaining my health means seeing myself in the mirror again, seeing the hair grow, not having to draw eyebrows on with a pencil. In that respect, I feel very fortunate compared to many others.” 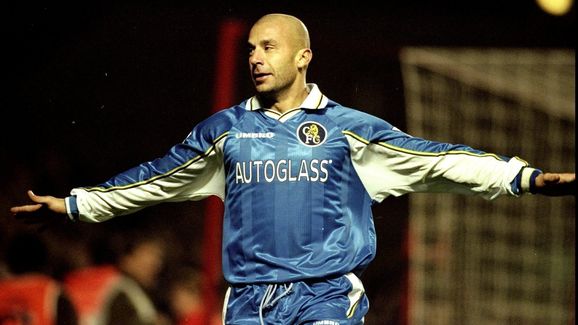 Once the most expensive player in the world when he moved to Juventus for £12.5m in 1992, Vialli was already 32 when he joined Chelsea on a free transfer four years later.

He was a key part of the Stamford Bridge revolution under then-manager Ruud Gullit, which saw a number of foreign stars arrive in west London and take the club to the next level.

Vialli was appointed Chelsea boss on a player-manager basis in 1998 and within a few months had steered the club to success in the League Cup and UEFA Cup Winners’ Cup. He retired from playing to fully concentrate on coaching at the end of the following season and won the FA Cup in 2000.