Ronaldo hasn’t played for the Old Lady since his hat-trick heroics in the last 16 second leg against Atletico Madrid, but returned to training on Sunday after his teammates’ victory over AC Milan on Saturday. 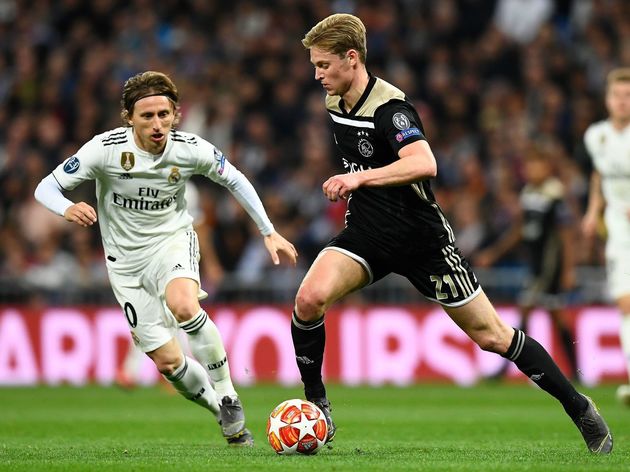 This has lent credence to the claim, as reported by ​Football Italia, that the Portuguese forward will make his return, be it from the start or the bench, against the Dutch side on Wednesday night. Such news might faze some up-and-comers, but not someone as brazen and mature as De Jong.

When asked about the situation regarding the 34-year-old going into the first leg at the Johan Cruyff Arena in an interview with Dutch publication ​De Telegraaf, the 21-year-old said: “I hope Ronaldo has recovered from his injury and is playing.

“We always go for the biggest challenge and so I don’t want anyone to be injured.”

​Ronaldo had been out with a muscle issue since going on international duty, but has been working extensively with the club’s medical team to speed up his recuperation, and it looks to have worked.

Douglas Costa looks to be similarly on the mend, though it is unlikely he will start, but the same positivity cannot be held for Emre Can, who limped off against ​Milan with a sprain in his right ankle.

De Jong, meanwhile, has been in imperious form for Ajax this season, notching four goals and two assists in 42 games across all competitions, while orchestrating everything on and off the ball for the Eredivisie side.