​After Juventus’ recent heroics in the Champions League they return to domestic action with a short trip to Genoa on Sunday, looking to maintain their healthy lead at the Serie A summit.

It would take an almighty collapse for eighth successive league title, as they hold a monumental 18 point advantage ahead of nearest challengers Napoli with 11 games left to play.

Genoa are a side with little to play for, considering the club are eight points clear of the bottom three. They won’t be taking anything for granted, however, and could easily be sucked right back into the relegation fold.

Check out 90min’s preview of Sunday’s match below.

​Juventus head into the game with players returning after missing out on their ​Champions League excursions in midweek. Douglas Costa returns from a hamstring injury while Alex Sandro is also back having missed the tie against Atletico Madrid through suspension. 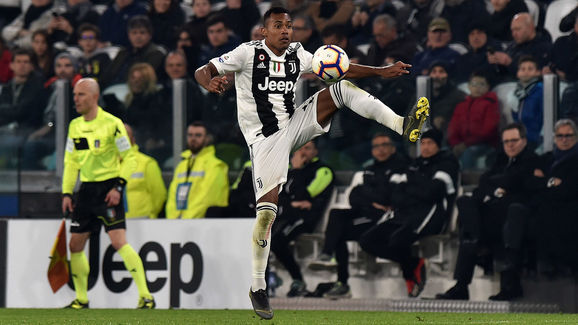 Allegri is still without Sami Khedira, who is recovering from a heart condition, while Juan Cuadrado is still out after having knee surgery.

Meanwhile, Genoa have issues up front with striker Andrea Favelli still sidelined with a muscle strain, while in midfield Oscar Hiljemark is also missing with a muscle injury of his own.

Of the 38 previous meetings between the sides, it is unsurprisingly Juventus who hold the overall advantage, with 27 wins ​to Genoa’s five. In fact, the last five clashes between the two have seen the Old Lady go unbeaten, however it didn’t go all their way when the two sides met back in October.

I Bianconeri had started well through ​Cristiano Ronaldo’s 18th minute strike, yet wielded their lead to a Daniel Bessa equaliser and failed to find a winner with Genoa earning an unlikely point at the Allianz Stadium.

It’s fair to say Juventus aren’t doing too badly at present. Their remarkable 3-0 win over ​Atletico sparked an almighty comeback which saw them progress 3-2 on aggregate as Ronaldo once again showed his class with an excellent hat trick.

Prior to that, Allegri’s side had recorded three successive ​Serie A wins, the most impressive of which came away at nearest challengers Napoli.

In stark contrast, Genoa have failed to win in their last three matches but even more damning is the fact they’ve failed to find the net on any of those occasions. ​Two 0-0 stalemates with Chievo and Frosinone were followed by a 1-0 defeat against Parma last time out.

Here’s how each team fared in their last five matches:

The reverse fixture was certainly an upset, as the hosts performed valiantly to sneak a point at the Allianz Stadium. That said, Sunday will be a different matter and a comprehensive Juventus victory can be expected.