​​Maurizio Sarri’s Juventus travel to Hellas Verona hoping to extend their lead atop of the Serie A table ahead of Inter’s derby meeting with AC Milan on Sunday evening.

Hosts Verona sit ninth in the league and are enjoying a comfortable first season back in the top flight following their promotion from Serie B. Ivan Jurić’s side are unbeaten in seven league games and are coming off two impressive away draws with AC Milan and Lazio. Meanwhile, Juve are sitting pretty at the top of the table and are three points clear of their nearest rivals Inter. They were able to return to winning ways last time out with convincing 3-0 win at over Fiorentina following a disappointing defeat away at SSC Napoli.

Sarri will be fully aware of the fact that an away trip to Verona isn’t the easiest game they’ll play all season. Here’s 90min’s preview of it.

Verona will be able to welcome back midfielder Sofyan Amrabat after he served a one game ban following a red card against AC Milan. However, they will be without 18-year-old striker Eddie Salcedo due to a knee injury.

Emmanuel Badu is also a doubt having suffered a contusion, while young defender Andrea Danzi is out with a bruised ankle. There will likely be a start for former Liverpool striker Fabio Borini who made his debut in the club’s recent 0-0 draw with Lazio. 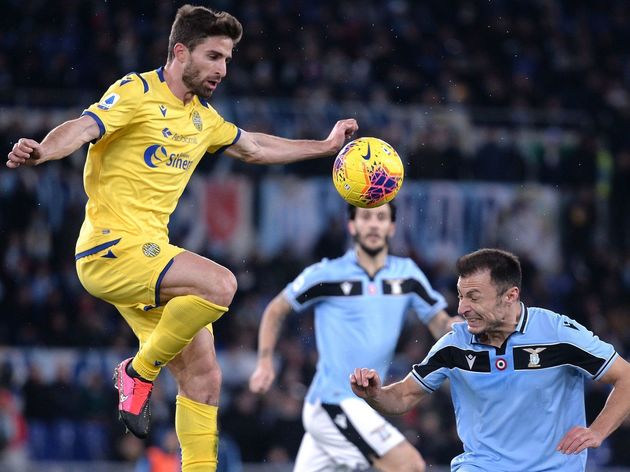 ​Juventus have a few long term injuries that are still plaguing the squad with Sami Khedira, Merih Demiral and Giorgio Chiellini still on the treatment table.

These two sides have played each other 18 times since 2006 and unsurprisingly, I Bianconeri have had the better of the affairs. They’ve won 13 of the 18 clashes with Verona only managing to win twice.

However, Verona’s last win came relatively recently when they managed to beat Juve 2-1 at home in May 2016, thanks to goals from Luca Toni and Federico Viviani. The reverse fixture at the start of the season in September ended in a 2-1 win for Juventus with ​Aaron Ramsey marking his first start for the club with his first (and currently only) goal.

Verona’s recent form has been fairly decent. They are on a run of seven games in ​Serie A without defeat stretching back to early December, winning three and drawing four.

These draws, though, have been impressive ones, with Verona gaining away points at both AC Milan and Lazio in their last two fixtures. Their three wins have come against three of the bottom four, recording victories over Lecce, Genoa and SPAL. Juve have only lost twice all season but one of these losses came in recent weeks when they were beaten by Napoli 2-1. This was their first loss in the league since losing to Lazio in early December.

They were able to bounce back from that loss in Naples, however, with a 3-0 win over Fiorentina last time out to record their sixth win in all competitions in seven games.

This is by no means an easy game for Sarri’s side with Verona on a seven game unbeaten run and showing they can frustrate the bigger sides.

Juve’s fans will be expecting three important away points in the race for the title, but they will have to work hard for it. They should just about be able to beat this Verona side who have played in midweek already. The class of Juve to shine through in a likely cagey encounter.