Inter have made a formal approach for Alexis Sanchez, while Juventus have also held talks with the agent of the Manchester United forward, as they look to negotiate his £500,000-a-week wages down before making an offer.

The former Arsenal star has struggled to make an impact since he moved to Old Trafford in 2018.

But Sánchez is now largely just seen as a hindrance on Manchester United’s wage bill, with other key players even agitating for pay parity. The club are looking to offload the Chilean this summer, freeing up space for new signings or youth players like Mason Greenwood and Tahith Chong to step up permanently. 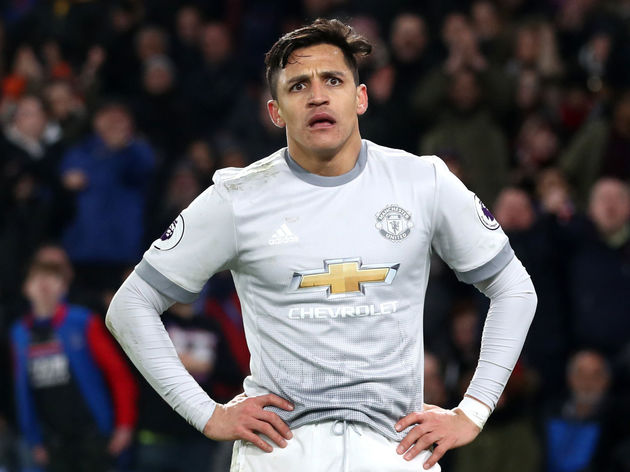 Sánchez is attracting a lot of interest from Italy, and The Daily Mail claims that both Juventus and Inter have held talks the forward’s representative Fernando Felicevich over a possible move before the start of the new season.

Both clubs have been successful in getting Sánchez’s wage demands down from his current annual £26m, but Felicevich is still demanding that the Chile star should be earning at least £10m – over £192k a week – after tax.

Mail journalist Adam Crafton claims that Inter have even made a ‘formal approach’ to sign Sánchez at the end of the season, adding that Manchester United could be willing to waive a transfer fee just to offload the winger this summer.

It’s also been suggested that Inter could look to sign Romelu Lukaku this summer if they decide to appoint former Chelsea manager Antonio Conte as Luciano Spalletti’s successor.

Manchester United have most notably been linked with signing either Nicolas Pépé or Daniel James to replace Sánchez heading into next season.

Lille’s Pépé has been directly involved in 31 goals in just 36 appearances in Ligue 1 this season, helping to secure Champions League football at the Stade Pierre Mauroy for next season. It’s estimated that the Ivorian would cost £70m.

Swansea City star James, meanwhile, is available at less than a quarter of the price and has been a shining light in the Championship this season.