​West Ham are one of several clubs hoping to sign Juventus winger Juan Cuadrado this summer.

The Colombian is no stranger to the capital, having spent time there with Chelsea before being loaned out and subsequently sold

Whilst Cuadrado’s time in west London can hardly be considered a success – as he struggled to establish himself in the starting lineup, making only 13 appearances before his exit from the club – 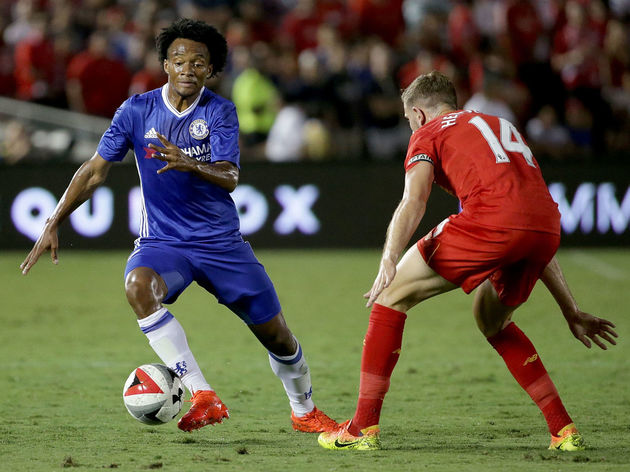 Since arriving at Turin, Cuadrado has continued his habit of winning trophies, having been ever present in a Juventus side that have won four consecutive Serie A

However, this year, the Colombian has seen his playing time cut down thanks to a combination of a meniscal injury that sidelined him for four months, and the form of his teammates Douglas Costa

With his contract due to expire in 2020, Calciomercato have cited Tuttosport’s report that the former Chelsea man could be on his way back to one of their Premier League rivals.

Juan Cuadrado’s Juventus future will be decided in the next 5 games, If he doesn’t extend his contract (Expires in 2020), he will be on the market, West ham, Watford, Sevilla & Valencia are interested, Juventus will try to get at least €15m-€20m from his sale. [TS] pic.twitter.com/VwseiXMdW2

West Ham are not the only side keeping an eye on Cuadrado’s current situation, with fellow Premier League rivals Watford

It is understood that Juventus boss Massimiliano Allegri would prefer to keep hold of the experienced winger, but offers of £15-20m could convince the Italian champions to part ways with the player.