​Juventus secured their eighth successive Serie A title with five games to spare as they ran out 2-1 winners over Fiorentina at the Allianz Stadium.

Juventus squandered their chances to win the title in their last game as they fell to a 2-1 defeat to SPAL, and it looked as though they were on their way to doing the same when they fell behind after just five minutes courtesy of Nikola Milenkovic’s close range strike. 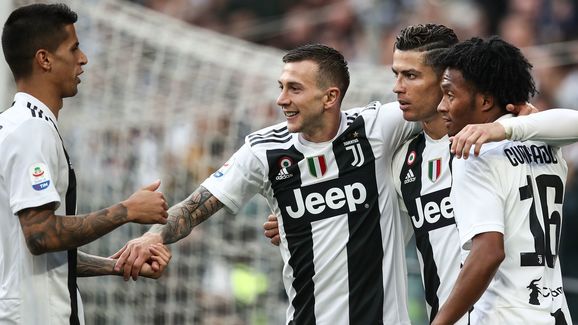 The home side pressed for an equaliser and were frustrated for much of the first half, but finally got back on level terms after the half hour mark with Alex Sandro getting a glancing header on the end of Miralem Pjanic’s corner which crept past the goalkeeper.

Coming out for the second half ​Juve were in control and got themselves in front less than 10 minutes after the restart when Fiorentina captain German Pezzella put the ball into his own net, and in the end that was all that was needed to secure a 2-1 win and the league title for Juventus.

Having lost back-to-back games against SPAL and Ajax in their previous two matches, Massimiliano Allegri would’ve been desperate for his side to wrap the title up on Saturday.

Juve certainly weren’t at their best and struggled for large parts of the game to create any clear-cut opportunities, but they did just about enough to get the win against a stern Fiorentina side and secure their eighth successive Scudetto. 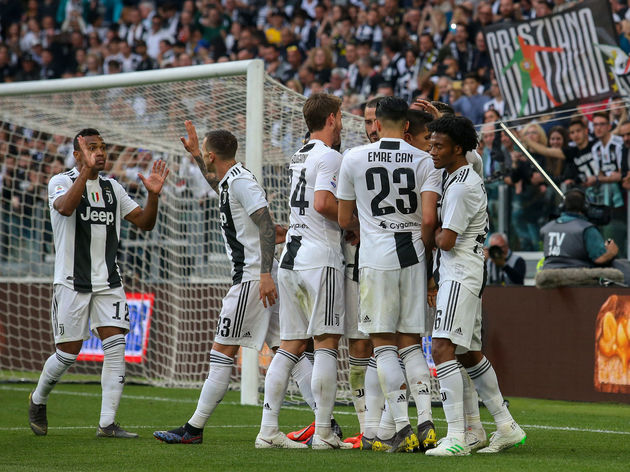 It brings a positive end to what has been a torrid week for the football club with their European dreams ending abruptly, although they can at least celebrate tonight after what has been a dominant ​Serie A season for the Bianconeri.

STAR MAN – It wasn’t a classic Juventus performance, but Sandro can certainly be happy with his contribution on the day.

Prime Alex Sandro is back 

He proved to be a nuisance all afternoon down the left hand side for Juve and even managed to get his name on the scoresheet when he headed home for the equaliser. It set his side up to go on and win the game, and Sandro will be a happy man after a top performance.

Now that Juve have wrapped up the title they can afford to celebrate, although they will still want to wrap up their league campaign in style starting with a tough trip to the San Siro to face Inter on Saturday night.

As for Fiorentina they’ve now gone 10 games in all competitions without a win, and they’ll be desperate to break their winless streak when they travel to face Atalanta in the second leg of their Coppa Italia semi-final on Thursday night.